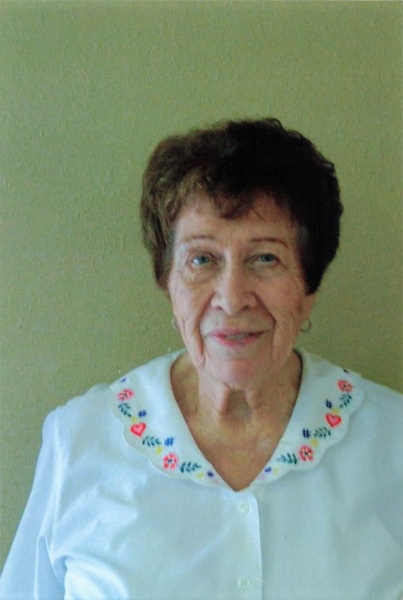 Doris Marie Dick, 96 of Winona died Thursday, December 23, 2021 at her home surrounded by her family.

Doris was born on January 7, 1925, to Christopher and Selma (Maasson) Ambuhl in Alma, WI. She graduated from Winona Senior High School in 1943. On December 22, 1943, she married Jule Whetstone and had five children together, they later divorced. On May 17, 1986, she married Steven Dick and had the blessing of adding five more children to her family. Steven and Doris spent 35 years together, creating new memories every day.

Doris was a very hard worker. She took pride in everything she did. She started an R.V. business in 1984 called Happy Times R.V. center and ran it until she retired in 2000. She would stay long after the sun was down to make sure the job got done right. Doris loved to travel. Steven and Doris would go on R.V. trips themselves to explore the world. She enjoyed gardening. She had flower gardens as well as her strawberry patches. In her earlier years, she canned quite frequently. She would harvest the fruits and vegetables in her garden and preserve them to feed her family. Although she had many interests and hobbies, her greatest love was preaching. She was very passionate about spreading the word of the Bible. Anyone who knew Doris, knew that she was a very active Jehovah's Witness . Most people will remember Doris as a giver. She would help anyone in need, even at her own sacrifice.

She was proceeded in death by her parents, Christopher Ambuhl and Selma Kuchel; brother, Chuck Fimian; and great-grandchild, Ashley Whitney.