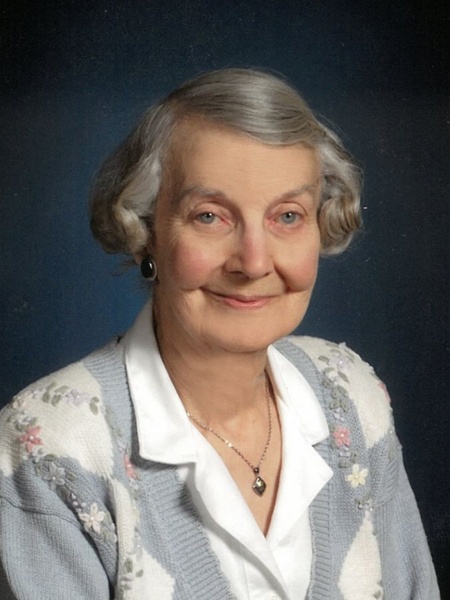 Doris Walther, 94 of Winona passed away on Sunday, February 16th at the Roger Metz Manor.

She was born March 17, 1925 in Winona to Martin and Emma Smith. Doris grew up for part of her childhood in Homer Ridge where she lived with her parents who farmed. She and her brother Marlin Smith spent many hours sledding down Homer Ridge Road from their farm to the bottom of the hill. She graduated from Winona Senior High School in 1943 and later attended business school. In 1945 she married Robert Walther at Redeemer Lutheran Church in Alexandria , La. Together they picked out a special piece of land at what is now 470 Laird Street, built a house and raised two children. After Bob passed away in 2006 Doris remained in the home until 2019 when she moved to Roger Metz Manor.

During her lifetime Doris devoted her time to raising her children and staying active with her church and home. As a member of St. Martins Church in Winona she became active as a finance committee member and served in Circles and hospitality committees. She was also a lifetime member of the TOPS club that helped her maintain her trim figure which she kept well into her 90's. In her earlier years, she worked part time as a bookkeeper.

She showered many with homemade treats. As a hostess, cook and baker, she excelled and enjoyed entertaining at Holidays. Many will recall the great fudge she made which she shared with neighbors and friends. She was generous and thoughtful to many.

Doris's love of gardening and the outdoors kept her outside. She spent hours grooming her yard and her garden and never complained about the work. She was also a faithful walker up until the age of 91. In her daily life, she remained true to a schedule and a system that worked for her.

She was preceded in death by her husband, Robert; parents; brother, Marlin (Shirley) Smith and an infant sister.

A Memorial Service will be held on Saturday, February 22 at 2 p.m. at Hoff Celebration of Life Center - Goodview with the Reverend Richard A. Moore officiating. Visitation will be one hour prior to the service.. Burial will take place at Woodlawn Cemetery following the service.

Memorials may be directed to St. Martins Church Endowment Fund in her name.

Hoff Celebration of Life Center - Goodview is assisting the family with arrangements. Please share a memory of Doris and sign her online guestbook at www.hofffuneral.com.