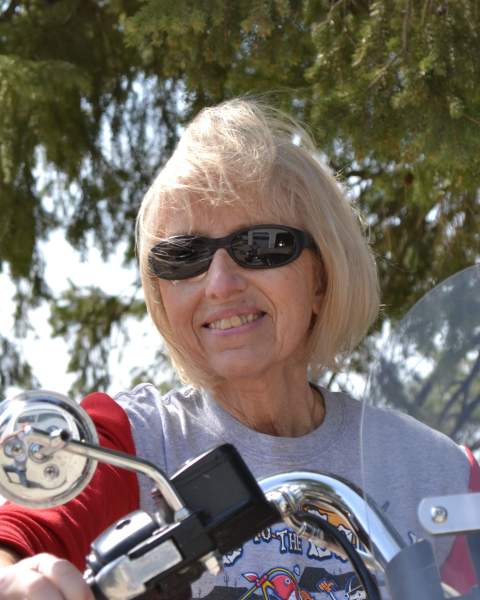 Doreen A. Auger, 76, of Houston, MN died on Monday, August 29, 2022, at her home with her family at her side.
Doreen Anne Svendsen was born on April 5, 1946, in St. Paul, MN to Wallace and Marian (Gappa) Svendsen. She was raised in St. Paul and was a graduate of Archbishop Murray High School in St. Paul. She attended the University of Minnesota for three years. On January 21, 1967, she was united in marriage with Tom Auger. She and Tom moved to rural Houston, MN in 1974. Doreen was a stay at home mom who was devoted to raising her two sons. She ran her own sewing business and worked at the Wedding Tree in La Crosse, WI. Doreen received her associate degree as a pharmacy technician from the University of Minnesota in Rochester. She worked as a pharmacy technician at Park View Pharmacy in Winona, MN for over ten years. Doreen and Tom spent their winters in Texas since 2015. Doreen loved her family dearly, and had a passionate relationship with God, quilting, music and motorcycles. She was a member of the Root River Community Church in Rushford, MN.
She is survived by her husband, Tom; two sons: Michael "Mick" (Joella) Auger of Sparta, WI, and Brady (Tracy) Auger of Houston, MN; three grandchildren: Kayla, Andrew, and Aaron (Janelle); two great-grandchildren: Payten and Paige; and two brothers: Don and Craig.
She was preceded in death by her parents.
There will be a memorial service for Doreen at noon on Saturday, September 3, 2022, at the Root River Community Church in Rushford. Visitation will be one hour prior to the service at the church.
In lieu of flowers the family prefers memorials directed to the Root River Community Church.
Hoff Funeral Home is assisting the family with arrangements.