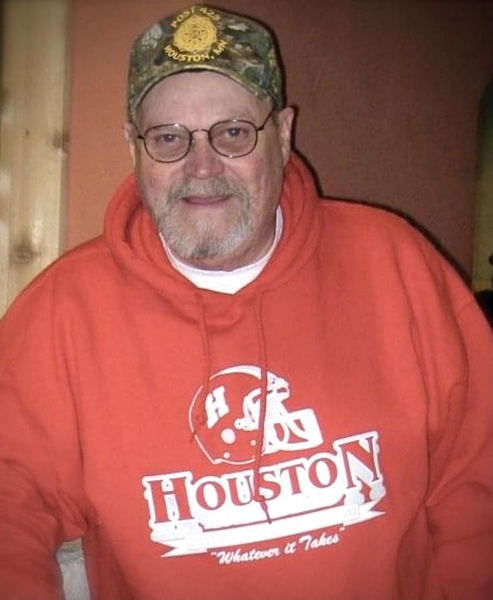 Donald "Donnie" Edwin Carlson, 76, of Houston died Saturday, January 30, 2021 at Gundersen Lutheran Medical Center in La Crosse, following a recent illness. Donnie was born July 26, 1944 in La Crosse to Edwin and Marie (Ellefson) Carlson. He played Hurricane football, basketball, and baseball and graduated from Houston High School in 1962. Following high school Donnie proudly served in the U.S. Army where he was stationed in the Dominican Republic. He married Julie Thompson and later divorced. He then married Jean Molling and later divorced. Donnie lived in Houston his entire life and worked as a skilled carpenter, owning and operating Carlson Construction for many years. He was proud of his many work projects throughout Houston and the surrounding area and enjoyed pointing them out with a story or two to his family and friends.
Donnie was a faithful fan of all Minnesota sports teams and any team playing against the Packers. He was a life-long member of the Houston American Legion Post. Donnie enjoyed deer hunting with "The 5 D's" and taking his grandsons out driving to look for deer in the fields. His family and the Houston community meant the world to him.
Survivors include his daughter April Carlson of La Crescent, grandsons Aidan and Easton, son Christopher (Katherine) Carlson of Chaska, grandsons Jackson and Benjamin, and his step-children Lori McKenzie and Casey Virock, and step-grandson Ian Virock. He was preceded in death by his parents and his siblings, Jackie, Charlie, Marilyn, Allen, and Emma.
A celebration of Donnie's life will take place at a later date when all those who loved him can safely share memories and stories together and toast a cold Miller Lite in his honor. Donnie will be laid to rest 1 p.m., February 19, 2021 at Minnesota Veteran's Cemetery in Preston, led by Pastor Linda McPeak. Military Honors will be conducted.
Hoff Funeral of Houston is assisting the family with arrangements. Please share a memory of Donnie at his online guestbook at www.hofffuneral.com.