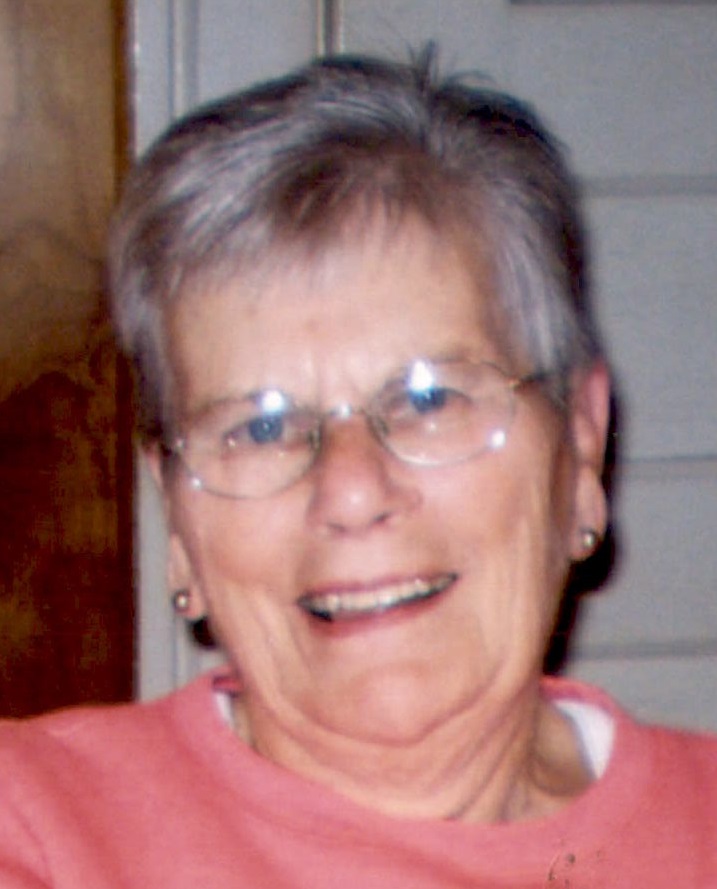 Donna Ties passed away, after a lengthy battle with Alzheimer's disease, on Saturday July 27, 2019 at St Charles Assisted Living, where she had been a resident for the past couple years. Family members were at her side as they had been throughout her illness.
Donna was born July 16, 1933 in Winona to Ned and Florence (Davies) Brown. Her family included one sister and two brothers. She was a graduate of Winona Senior High. Donna married David Ties on October 8, 1955 in Winona. Together they raised six children making their home in Trempeleau, Wi, rural Lewiston and finally retiring to the city of Lewiston. Donna was a wonderful homemaker turning several houses into homes. Her cooking and baking skills are legendary and will continue to be the topic of conversation at family gatherings for years to come. Later in life she had several jobs in food service enjoying every minute of her time in the kitchens of Lewiston Altura Elementary, Immanuel Lutheran School and Kwik Trip. Her hobbies were many. Including; bowling, playing cards, marathon Scrabble games, attending sporting events and the 100 Mile garage sale to name a few. A sleepover at Grandma's was a treat few could pass up. She also enjoyed her time in the Silo Kitchen Band bringing life to her "Frosty" character.
Her faith in Jesus Christ was central to her life and made her who she truly was. A faithful wife, a prayer warrior and a loving and tender mother. She was a cherished friend to many and grandmother extraordinaire. To know her was to love her.
Donna is survived by her children Tom (Ginny) Ties of Altura, Rick (Sheryll) Ties of Rochester, Nancy (Bill) Jones of Zimmerman, Mn, Joani (David) LaClair of Rochester, John Ties of Long Lake, Mn, Karen (David) Hanson Jr. of St Charles, 20 grandchildren, 20 great-grandchildren and a brother Ned (Chuck) Brown Winona. She was preceded in death by her husband David, grandson Ben, both parents, a brother Walter (Bill) Brown and sister and best friend Shirley (Snook) Brown.
Visitation will be at Hoff Funeral Service in St Charles on Sunday August 4 from 2-5pm. The funeral service will be held at Immanuel Lutheran Church Silo on Monday August 5 at 10:00 with Pastor William Meilner officiating. Visitation will be one half hour prior to service. Pallbearers will be grandsons Adam, Bo, Alec and Cole Ties, Kelvin Jones and David Hanson III.
In lieu of flowers Donna has requested that donations be made to the Alzheimer's Association, Immanuel Lutheran Church or any charity fighting blindness.
The family would like to offer heartfelt thanks to St Charles Assisted Living for the care provided to Donna these past few years. Also, to Heartland Hospice as they walked the family through these final months with tenderness and compassion.
Please share a memory of Donna at her online guestbook and view her video tribute, when it becomes available at www.hofffuneral.com.