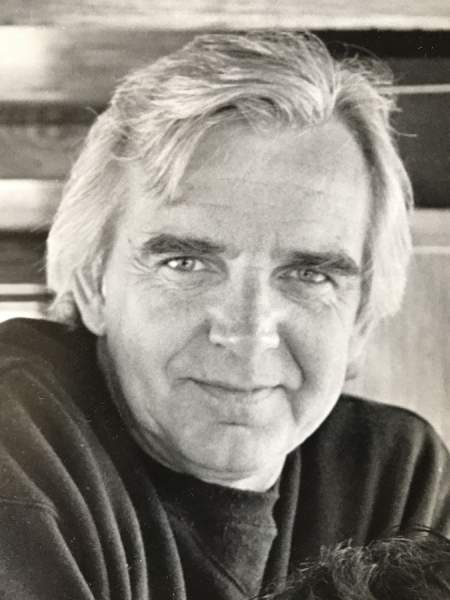 Donald James Nelson, 77, passed away peacefully on May 9th, 2020 on home hospice, with wife Mary Kaye by his side. Don was born in Minneapolis on April 24th, 1943, to Patrick and Beatrice Nelson and had 10 siblings. The family moved to the Menominee Reservation in Shawano, Wisconsin, and later, to the Navajo Reservation in Window Rock, Arizona, where his father was the chief of police.
Don graduated from Window Rock High School in 1961 and joined the Navy, serving four years in Vietnam as a radioman, where he excelled in Morse code. After Vietnam, he was involved in the civil rights movement. He held jobs as a cab driver, roofer, chimney sweep, and managed the Famine Food Coop in Winona. He was instrumental in founding the Winona Film Society at the Screening Room.
Later, he received his Master's Degree in Elementary Education, retiring from Winona Middle School, where he taught for 15 years. Don was passionate about teaching and never forgot his students' names. He wore a different tie to school every day and on the last day let the students wear their favorite one.
Don married Mary Kaye Perrin in 1988, and they blended their two families from previous marriages. He was dedicated to all six children and 15 grandchildren, and loved telling them stories. They spent summers on the Mississippi River on their houseboat, The Katy Daly. Don loved foreign films, good music--from Pavarotti to Dylan, popcorn with yeast, and pancakes. He loved the Winona community and volunteered at the Women's Resource Center, at the Winona Arts Center where he showed films, and sang in the Forget Me Notes Choir. He will be missed for his wit, kindness, his rendition of El Paso, and his keen knowledge of obscure trivia.
Don is survived by his wife Mary Kaye Perrin, his children and grandchildren: Micah (Lindsay), Max; Jenna, Henry and Camille; Jeremy (Clara), Diego and Emma; Simone (John), Homer and Nelson; Jorge, Antonella and Gaia; Clint, Stephanie, Jon, Andrew, Sean, and Denzel.
Also survived by siblings: Larry, Mike (Debbie), Tom, Kathy (Neil), Susie, Jeff (Tina), John (Kathleen), Donna Jean (Randy), and sisters in law Claudia and Marcia; from Mary Kaye's family: by Margo, Annie (Tom), and Steve, sister in law Nancy, and sister/friend Maureen, as well as by many nieces, nephews, and friends.
He was preceded in death by the tragic passing of his daughter Selena, and by his mother and father, brothers: Marvin and Bob, brothers in law: John, Jerry, and Mike, and granddaughter Raven.
Due to health concerns, a celebration of life will not be held at the present time. Thank you to the staff of Winona Area Hospice, the Benedictine Day Center, and to all the friends and family who visited Don outside his window while on hospice care, sending him off with songs, poetry, and messages of love.
Also, huge thanks to caring friends who took Don on weekly "field trips" during the last stage of his life.
Cards can be sent to Mary Kaye Perrin at her home, or Hoff Funeral Home, C/O Don Nelson Family, 3480 Service Drive, Goodview, MN 55987. Please leave a memory of Don at www.hofffuneral.com. Hoff Celebration of Life Center, Goodview, is assisting the family.