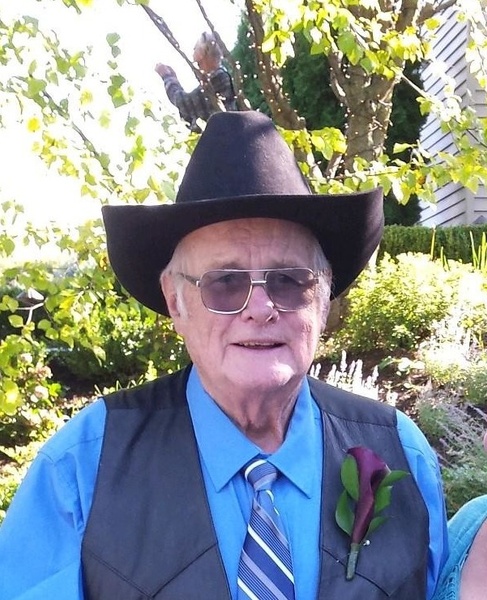 Donald Ralph Heyer, 83, of Nodine died Friday, November 13, 2020 at his home. He was born in New Hartford, MN on November 11, 1937 to William and Martha (Frauenkron) Heyer. Donald was baptized and confirmed at Nodine Evangelical Lutheran Church. He married Beverly Pruka in April of 1956 and had 4 children together and were later divorced. Don married Roberta "Bobbi" Nelton on September 20, 1997 at their home near Nodine. Don first began work at Northwest Coop Mills Fertilizer plant in Winona. Switching gears, he began classes at the kitchen table to become a cattle buyer. His first job was at Whitehall Packing in Whitehall, WI. He then moved on to Long Prairie Packing where he finished his career of 30 years hanging up the road and the multitudes of sales barns in 2010. Don played baseball for 12 years for Winona and Dakota and then played old timers' softball for 18 years for Pete's Bar in Dresbach. Many softball friends would know him by his CB handle, "MN Wrangler". He was an avid fan of the Twins and Vikings. Bob Lenhertz of Lenco Trucking invited Don and his son Dan to game 1 of the 1991 World Series which the Twins won. He also was an avid collector of Farmall Tractors, large and small. He will also be remembered for his love of old westerns. The "Duke" being his favorite.
Donald is survived by his loving wife of 23 years, Bobbi; children, Daniel (Kathy) Heyer, Bonnie (Brian) Kreckow, Brenda (Joseph) Kerrigan, Bette (Brian) Martin; 11 grandchildren; 27 great-grandchildren; step children, Tina Nelton and Tony Nelton; 6 step-grandchildren; 6 step great-grandchildren; sister-in-laws, Dona Heyer, Irene Heyer and many nieces and nephews. He is preceded in death by his parents; sisters, Anna, Wilma Jean, Gladys, Laura, and Alice and their spouses; brothers, William, Edward, and Marvin, and 7 nieces and nephews.
A funeral service will be held at 12 p.m., Wednesday, November 18, 2020 with visitation from 10 a.m.-12 p.m., at Hoff Celebration of Life Center, Goodview. Pastor Dennis Harbach will be officiating. Burial to follow at Hiler Cemetery, Nodine. Pallbearers will include his grandsons, Michael Heyer, Robert Heyer, Lance Kreckow, Austin Kerrigan, Bret Martin Connor Heyer. Please leave a memory of Don "MN Wrangler" at hofffuneral.com.

A celebration of Don's life will be held at a later date next summer when we all can gather.