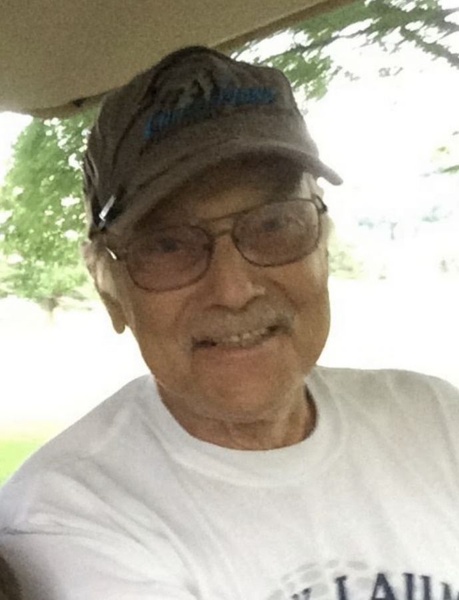 Donald Henry Laumb, 78 of Rushford, MN traveled to eternal life January 13, 2022.
Donald was born February 17, 1943, in Rushford, MN to George and Bernice (Thorud) Laumb.
He spent his life in the Rushford area, a graduate of Rushford H.S in 1960. Donald married Rose Ann Randall in the summer of 1968. They had two children, John and Jackie. Donald continued his education while working full time, earning his Bachelor of Science degree and Master's Degree in Industrial Arts Education at Winona State University, graduating in 1971. Donald and Rose Ann later divorced.
A lifelong learner himself, Don began his teaching career at Lincoln Jr. High in Lacrosse from 1968-1972, then moving to Preston to teach from 72-76. Lastly, joining the faculty of Rushford- Peterson Schools where he taught auto mechanics, building trades, drafting, wood shop and "life skills" to many. He guided many adult woodworking classes and served as Director of the River Valley Vocational Cooperative for several years. He was selected by Minneapolis' Dunwoody Industrial Institute to travel to Saudi Arabia to work for the Arab American Oil Co. (Aramco). He was tasked with setting up a training program to teach Saudis to maintain and operate Aramco vehicles in the field. He was a passionate and ambitious teacher who made learning fun. His hands-on teaching style sparked many students to follow their interests. His career spanned 36 years, retiring from teaching in 2004.
In addition to a teaching career, he also farmed all his life. He was an outstanding mechanic, who could fix anything at any time. His knowledge was endless. To say he was a jack-of-all trades would be an understatement. He was forever curious, seldom looked back, and always accepted lifes' challenges moving forward.
He enjoyed stock car racing, deer hunting season, family gatherings, grandchildren, and all people. He always took time to share a conversation. Dad was a kind, generous and patient man. We will miss you very much.
He is survived by his son, John (Andrea) Laumb and their children, Carson and Cole; daughter, Jackie (Cory) Baker and their children, Zachary and Brooklyn, all of Rushford; 9 siblings: James (Donna) Laumb of Clarksville, TN; Nancy Benson of Rushford; Michael (Rena) Laumb of Rushford; Richard (Jeannie) Laumb of South Dallas, TX; Deborah(Allen) Heiden of Rushford; Randy (Cindy) Laumb of Graham, WA; David Laumb (Lori Krage) of Rushford; Joyce (Bill) Miller of Rushford and Lori (James) Booth of Winona; sister-in-law, Barb Laumb of Rushford; and his partner, Lexie Boehmke and her children: Tanya Boehmke, Trisha Gaustad, and Tim Boehmke.
Don was preceded in death by his parents; siblings: Beverly Porter, Phyllis Porter, Sonny Laumb, and Jerry Laumb; brothers-in-law: Lewie Benson, Walt Porter and James Porter; a niece, Telli Rae Sodansky; and two nephews: Joey and Jay Laumb.
A private service for the family is planned. There will be a public visitation from 11:00 a.m. to 1:00 p.m. on Saturday, January 22, 2022, at Rushford Lutheran Church. Everyone is asked to wear a mask for the safety of all.
Hoff Funeral Home in Rushford is assisting the family with the arrangements.