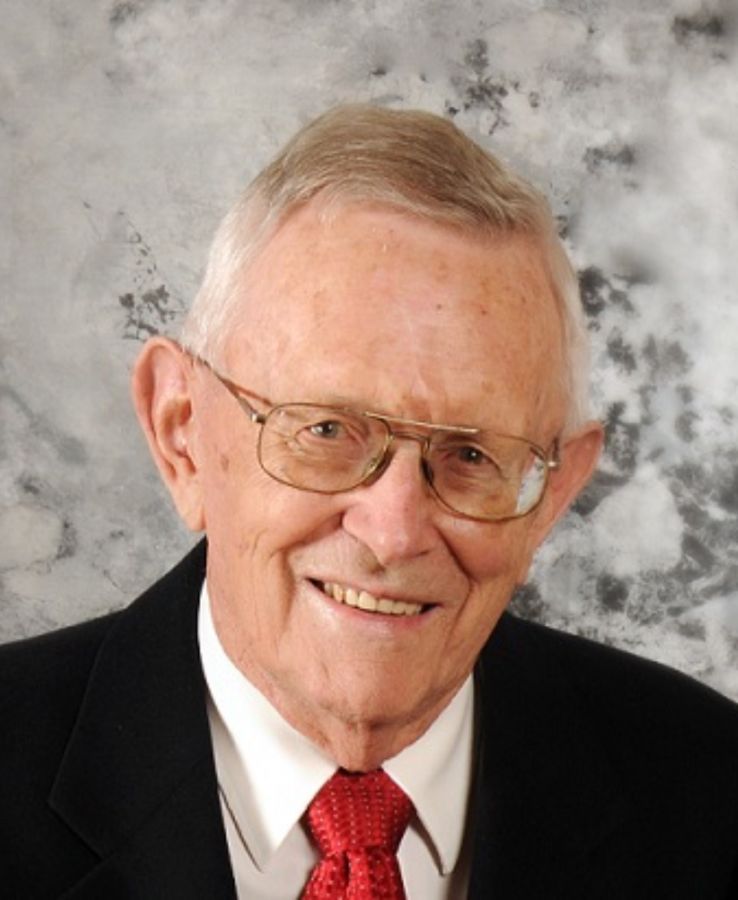 Donald Benedett, 95, of St. Charles died Thursday, August 13, 2020 at Whitewater Health Services in St. Charles. Donald was born May 4, 1925 in St. Charles to Edwin and Irene (Koepsel) Benedett. He was raised on the family farm with his siblings, Alice and Francis "Ben" and graduated from St. Charles High School. Donald and Barbara Johnson were married January 24, 1953. They farmed the Benedett family farms north and east of St. Charles, as he pursued his passion for music serving 75 years as organist for Berea Moravian Church. He began his role as organist at the age of 16. Donald was a kind, quiet and gentle man. He was a cat lover and enjoyed keeping fit in his later years with biking and hiking, referred to as "pie trips", with his grandchildren. Donald also enjoyed tending his garden and traveling with Barbara.
Survivors include his wife, Barbara, three sons, Steven (Sara) of Eagan; Robert (Ruth) of Nixa, MO and David of Houston, TX, three grandchildren, Julia, Tom and Laura and a sister Alice Benedett of Rochester. A brother Francis "Ben" preceded him in death.
A visitation for Donald will be from 3-6 p.m. Tuesday, August 18, 2020 at Hoff Funeral Service in St. Charles. Due to current restrictions, a private family funeral will be held Wednesday at Berea Moravian Church with the Reverend Frank Jones officiating. Burial will follow in the church cemetery. Please share a memory of Donald and view his video tribute, when it becomes available at www.hofffuneral.com.