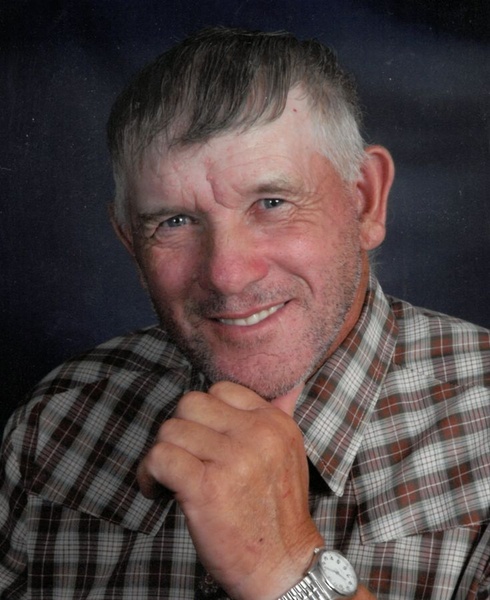 Dennis J. Wingert, 78 of Dover, passed away Thursday, August 27, 2020, at his home after a courageous battle with cancer, with family by his side.
He was born on February 4, 1942 to Julius and Ruby (Zeitler) Wingert. He grew up in Olmsted County on a family farm with 12 siblings. He married Marjorie Fohrman on January 28, 1967. They lived north of Dover on a 160 acre farm where they raised 9 children. They later divorced.
He is survived by 9 children, Karen Wingert of Phoenix, AZ, Brenda Wingert of Rochester, MN, Judy (Norm) Belcik of Midland, TX, Joann (Johnny) Duecker of Fredericksburg, TX, Kevin (Stacey) Wingert of Dover, MN, Alaina (Johnny) Saterdalen of Kellogg, MN Gary (Karissa) Wingert of Dover, MN, Mary (Jamie) Krammerer of Winona, MN, and Michael Wingert of Rochester, MN; 19 grandchildren; brother, Terence Wingert; and 9 sisters, Darleen (Joe) Pike, Barbara (Calvin) Sapp, Rosalee (Robert) Crowley, Rita (Bruce) Ewert, Ruth (David) Van Havermaet, Sharon (Steven) Mauro, Marilyn (Jerry) Pahl, Kathe (Paul) Kath, and Cynthia (Don) Mullennex.
He was greeted at Heaven's doors by his father, Julius; mother, Ruby; brothers, Julius and John; and wife, Marjorie.
Dennis Wingert was a loving father and grandfather. Though he spent most of his time farming he loved to spend his free time with his grand kids.
A Mass of Christian Burial will be at 11 a.m., Tuesday, Sept. 1, 2020 at St. Charles Borromeo Catholic Church with Rev. Tim Biren officiating. Visitation will be from 4-7 p.m., Monday, August 31 at Hoff Funeral Home, St. Charles, and one hour prior to Mass at the church. Burial will be in Calvary Cemetery. Reception will follow at The Garage on Hwy 74. Please leave a memory of Dennis and view his video tribute when it becomes available at www.hofffuneral.com.