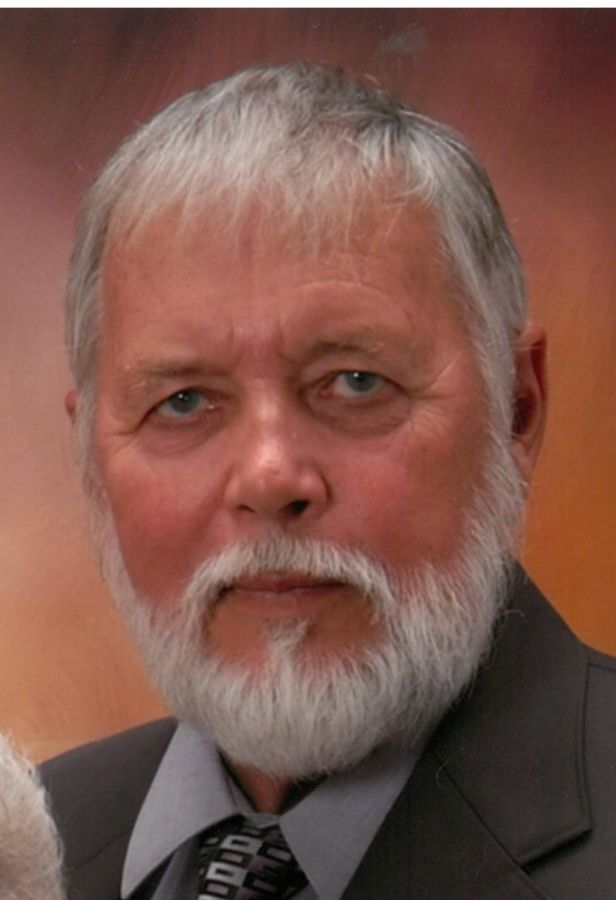 David Gordon Jorde, 77, of Houston, MN, died on May 18, 2019, at Valley View Healthcare & Rehab in Houston, MN where he was a resident since 2016.
David was born May 25, 1941, in La Crosse, Wisconsin. He was the son of Michael Adolf and Olga (Nelson) Jorde. His father died when David was five years old and his mother later married Emil "Lud" Torgerson.
David was raised on the family farm in Badger Valley near Houston, MN. He grew up speaking Norwegian at home until he learned English when he attended Badger Valley Elementary School and graduated from Houston High School in 1959. He married his high school sweetheart, Mavis Fern Ledebuhr on November 1, 1959 and they made their home in Money Creek, MN. David and Mavis were blessed with four children: Debie, Doug, Dean, and Dave.
David held various jobs in the community after high school graduation, including driving truck for Bud Johnson. He continued his trucking career by driving for Houston-Money Creek Co-op Creamery until 1974. David then purchased his own semi and leased to International Transport until 1984, at which time he drove independently until his retirement in 2009. David thoroughly enjoyed trucking and the people he met throughout his travels in the USA and Canada.
David loved trucks, working on cars beginning with his first car, a 1956 Chevy Bel-Air convertible, and anything with an engine. In the wintertime, he enjoyed snowmobiling with friends and family members and was a member of the Houston-Money Creek Snowriders. Throughout the years, David was involved in the following organizations: 4-H, FFA, Men's Club at church, Promise Keepers, and Owner Operators Professional Drivers Association. David was an active member of Bethany Evangelical Free Church in Houston, MN. One of his greatest joys in life was spending time with his family. More than anything, David loved to visit over a cold Pepsi and make a new friend out of anyone he came into contact with.
Survivors include his wife, Mavis; one daughter, Debra (Michael) Olson of Houston, MN; three sons, Douglas (Kristy) Jorde of Onalaska, WI, Dean (Joyce) Jorde of Stewartville, MN, and David (Christine) Jorde of Eyota, MN; fourteen grandchildren; and eleven great-grandchildren. He is also survived by three sisters-in-law; Cleo Lohse of Shoreview, MN, Lenora (Floyd) Mercer of Houston, MN, and Cheryl Radtke of Glendale, AZ. He is also survived by several nieces and nephews.
David was preceded in death by his parents, step-father, step-siblings, Candace (William) Peterson, Thenard (Jane) Torgerson, Donald (Oranda) Torgerson, Viola Torgerson, Lillian (Bertram) Rasmussen, and Kathryn (Donald Hegland, and later Leland Vetsch). He is also proceeded in death by two brothers-in-law, Ronald Lohse and Donald Radtke and two nephews.
The Funeral service will be held at 2:00 pm on Saturday, May 25, 2019 at Bethany Evangelical Free Church in Houston, MN. Burial will follow in the Money Creek Cemetery. A visitation will be held from 4:00 to 7:00 pm on Friday, May 24, 2019 at Hoff Funeral Home in Houston, MN and one hour prior to the service on Saturday at the church.
To order memorial trees or send flowers to the family in memory of David Jorde, please visit our flower store.