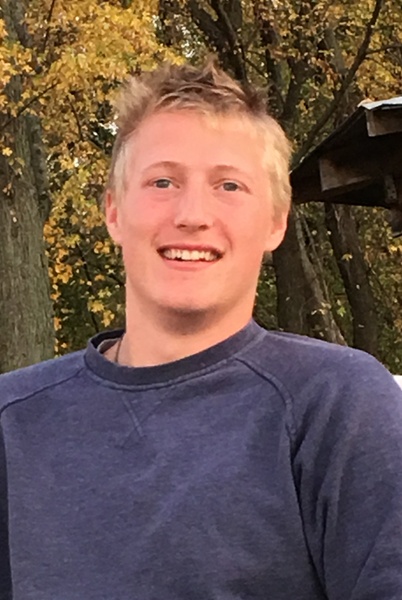 David John Holien, 28 of Winona, lost his battle with schizophrenia on Tuesday, August 9, 2022.

David was born December 11, 1993, in La Crosse, WI to Joe and Kristin (Thiele) Holien. He graduated from Cotter High School in 2012 where he was a scholar-athlete, making his mark as a leader on and off the field. David was the co-chair of the National Honor Society & earned multiple Rambler awards for demonstrating empathy, and responsibility, while seeking excellence for both himself and the team. David touched the lives of everyone around him through service and treasured his time as a camp counselor at Celebrate Me Week where he formed several lifelong friendships.

David went on to attend Carroll University in Waukesha, WI on an academic scholarship and played football. David also attended Hawaii Pacific University for Marine Biology and Winona State University for Chemistry. Throughout his years in college, he had several internships, including with the US Fish and Wildlife Service, Minnesota DNR, Oceans of Fun Sea Lion Program and at Federal Ammunition. Throughout his life, he worked at Cedar Valley Golf Course, Kwik Trip, RTP and Jimmy Buffet’s Margaritaville in Hawaii.

David enjoyed the outdoors, especially golfing and being on the Mississippi or by the ocean. And it wasn’t uncommon to find him hiking…in his crocs. David also enjoyed cooking and grilling. He had a deep love of learning and was constantly researching and thinking, especially about chemistry, solar energy and water purification, things that would help save the world. He truly had a heart of gold and everything he did was for others.

He will be forever loved and missed by his parents, Joe, and Kristin; sister, Morgan; brother, Christian; two grandmothers, Virginia Thiele and Audrey Holien; many cherished aunts, uncles, cousins, and friends; and his two cats, Ameowri & Faye.

He was preceded in death by his grandparents, Barb & Floyd Bischel, David Holien, and David Thiele.

A Celebration of David’s life will be held at 3 p.m., Sunday, August 14, 2022, at Hoff Celebration of Life Center – Goodview.  Visitation will be 1 p.m., until the time of the service. Memorials will be used in various ways to continue David’s legacy.

The livestream of David's service, will be available here: https://view.oneroomstreaming.com/authorise.php?k=1660438468202046

Hoff Celebration of Life Center – Goodview is assisting the family with arrangements.