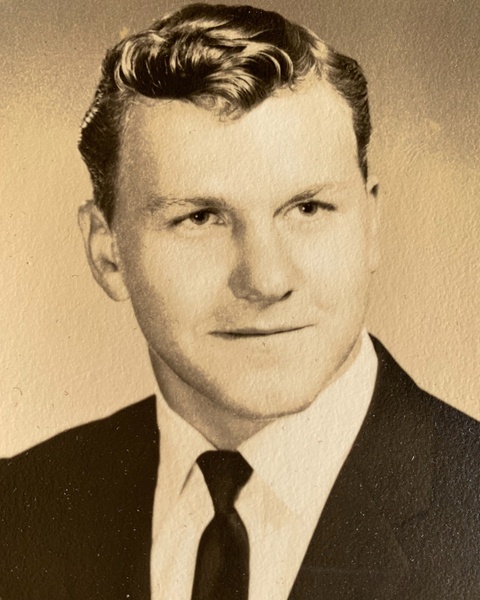 David Rollin Gabbert, 77,  passed away on August 7th, 2022 in Winona, MN. Born on May 27th, 1945 to Aymour and Margaret Gabbert in Minneapolis, MN, the Gabbert’s moved to Preston, MN where David and his 3 siblings, Bruce, Greg, and Marlois were raised. David, at 6’2”, 200 LBS, played football for Preston High School and graduated in 1963. After graduation, David enlisted in the Navy, flew out to the US Naval Training Center in San Diego for boot camp, and secured a spot on the U.S.S Talladega headed for Guam as a radio operator, and eventually, Vietnam before being honorably discharged from the Navy on June 19th, 1969.

After honorably fulfilling his duty to his country, he enrolled at Winona State University and graduated with his bachelor’s degree in sociology with a minor in psychology in March 1972. David held a few security positions, then police officer positions, after college and landed a job at Winona PD in 1980 where he worked for the next 19 years and retired in 1999. Lovingly known as “Gabby” by friends and co-workers, David was respected by the good guys and feared by the bad.

In 1987, David married Lorraine Steiner and had 3 beautiful girls, Rachel, Brooke, and Holly, just as he had hoped. After retirement from Winona PD, the Gabberts moved to Andover, MN, where David got a job as a U.S. Marshal at the Hennepin County Courthouse and eventually retired, for good this time.

David loved to ride his motorcycle (starting with a Honda Goldwing and graduating to Harley Davidson’s) across the country, frequently attending the Sturgis Bike Rally with family and friends. He loved and had supported the Minnesota Vikings since their inception in 1961, despite being let down year after year. David was able to get through the decades of disappointment from the Vikings with his distinct sense of humor, which was loved and appreciated by all.

He was raised Catholic and later converted to Protestant; David loved the Lord and encouraged others to also put their trust in God.

David is survived by his daughters, Rachel Gabbert, Brooke (Wes) Pakala, and Holly Miller; His siblings, Greg Gabbert and Marlois Jorgenson, and multiple nieces and nephews. David is preceded in death by his parents, Aymour and Margaret Gabbert; his brother, Bruce Gabbert; his sister in-law, Jackie Gabbert; and his brother in-law, James “Amy” Jorgenson.

The funeral service will be held at Hoff Funeral Home in Goodview, MN on Friday, September 9th at 11:00AM, with a reception to follow at the American Legion Post # 9 in Winona, MN. Visitation will begin one hour prior to the service. David will be interred at the Minnesota State Veterans Cemetery - Preston, 715 Highway 52, Preston, MN on Thursday, September 8th at 3:00PM sharp.

David was gentle, generous, kind, and selfless. He was a great father and wonderful friend. He loved God and country. He will be deeply missed by countless friends and family members.