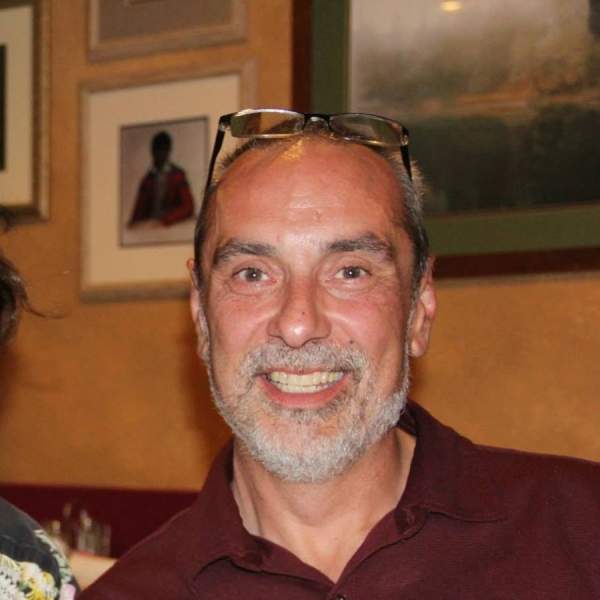 David was born on March 13th, 1964, to Dan and Janice Breault in Oakland, California. After moving to Minnesota as a teenager, David met and married Mary Miller. David and Mary raised four daughters: Jessamine, Amanda, Theresa, and Anna. David worked as a sheet metal worker in the Twin Cities for many years. He also managed a bar in the Twin Cities, where he was known for his wonderful sense of humor, even temper, and ability to quell would-be dangerous situations. Undoubtedly, it were these skills that drove him towards his second career. While raising his family in the Twin Cities, David went back to school and graduated with a degree in law enforcement. Eventually, this career would take the Breault family to Houston, Minnesota, where David accepted a position to be Chief of Police of the town. After being raised in Oakland and having lived in the Twin Cities, David rejoiced in finding a home in Houston. David will be remembered as a Chief of Police who was quick to smile, slow to judgment, and cool under pressure. He truly will leave the world a better place for the many lives he touched and for the lasting impression he made on the entire Houston community.

David is survived by his four daughters: Jessamine (Ben) Langston of La Crosse, WI; Amanda (Brandon) Meyer of La Crosse, WI; Theresa (Sam) Montgomery of Ramstein AFB, Germany; and Anna (Alex) Benda of Houston, MN. Additionally, he is survived by his five grandchildren: Noah, Adam, Elaine, Warren, and Josephine; four siblings, including his sister, Denise Breault of Houston, MN; his mother, Janice Bangert; and many other loving family and friends.

A memorial will be held for David Breault later in the summer. Please leave a memory of David at davidbreaultmemorial.com
Hoff Funeral and Cremation Service in Houston is assisting the family with arrangements.