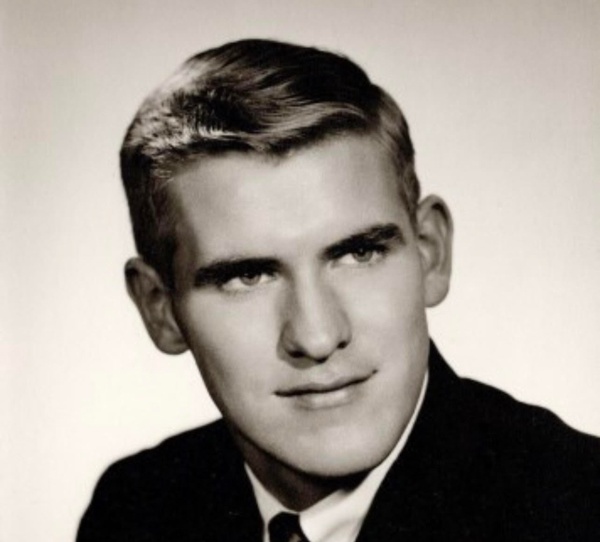 Dave was the second child to Joyce and Evelyn Benson, after sister Joycelyn and followed by brothers, J.O. and Doug. Dave was a Son, Brother, Husband, Father, Grandpa (never forgot a birthday!), Friend, Teacher, Lifeguard, Polka Dancer, Cook, Athlete, Lover of Music, Entrepreneur, and truly a combination of all of those. Dave loved to be with his family and many holidays and celebrations were brought to life with Dave's enthusiasm to both be together and to kick up his heels a bit too. Dave was married to Patricia Ann (Flynn) Benson from 1961 to 2000. They had three boys that they raised in Bloomington, MN. After college Dave was an elementary teacher in Edina, MN. Following that Dave worked for Road Machinery and Supplies as a Vice President for more than 25 years. Dave co-founded a riverboat sightseeing venture in Lake City named Yachtasy, and he co-established the Bogus Creek Bakery in Stockholm, WI. Dave resided near family in Duluth from 2015 until his passing.

Dave was raised in an entrepreneurial family that owned a busy cafe in the town of Houston, Minnesota. Hard work was just something you did and he was born into that. Dave grew up engaged in the procession of tasks required to run a popular small town eating and meeting establishment. From a farm-early breakfast, through a Benson Burger and homemade pie lunch, to a variety of dinner options with much of the produce coming from Dave's family garden. Benson Bros. Cafe was even an evening social hot spot with card tables and a jukebox to go along with an ice cold beer. Hot fish on Friday's was a sought after specialty. Dave attended Houston High School and graduated with the class of 1956. He was an astute and athletic student and played both football and basketball. Dave was particularly fond of the forests and farmlands of Houston and the Root River Valley. Dave always returned to his home with family in tow and retuned every chance he could get for community gatherings, Hoedown Days, deer hunting and creek fishing, or just to be back home with family. Dave loved the heritage his family had in the area and spent many days showing off the hidden valleys and hill tops surrounding Houston that included Kassendahl and Oak Ridge. In Dave's later years he moved back to the area he loved and resided in Lake City, Brownsville, Houston (twice) and Stockholm, Wisconsin on Lake Pepin. In Stockholm, Dave created his own cafe of sorts with Bogus Creek Bakery. Dave baked a wonderful bread from scratch and had a well established clientele for his fresh scones too.

"Summer on the river, and some are not" was one of Dave's witticisms. Most often it would come out while sitting on his vintage Chris Craft cruiser while at anchor in the St. Croix River someplace near the mouth of the Kinnickinnic River or in the narrows near Hudson while double-anchored to a sand bar. Dave taught his boys how to swim as soon as they could walk and made sure the family found water regularly. From local ponds and lakes to small Brown Trout creeks and large navigable rivers. Fishing boats, speed boats, rubber rafts and row boats, old boats and new, and even a few borrowed boats. The changing fleet all helped to created countless adventures they had as a close family. Above all, the Mississippi river really was his spot and he returned to it in earnest over and over again throughout his life. The stretch from Red Wing to LaCrosse was his paradise. Dave once built a pontoon boat with friends and floated down a good chunk of the river. Dave's spirit and energy and passion that we all witnessed at different times over his 83 years was fed here, on the water, in a boat, and with his family and abundant and close friends.

Dave was proud of his many accomplishments and one he often spoke of was completing the MN Ironman 100-mile bike ride in 1999. Dave also reminded us of his straight A average while acquiring his Bachelor of Science degree at Winona State College. The time his Sigma Tau Gamma Intramural basketball team beat some of the roster of active Gopher players was a highlight too. Above all, Dave was the most proud of his sons and he let anyone that would listen know that every chance he could get.