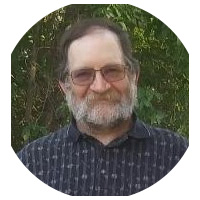 David Arthur Erdmann, age 63 of Dakota, passed away on Thursday, December 23 at the Mayo Clinic Health System - Franciscan Healthcare in La Crosse. David was born on May 23, 1958 in Winona, the son of Arthur and Mildred (Unnasch) Erdmann. On July 9 , 1983, he was united in marriage to Kathie Vanderzee at Grace Evangelical Lutheran Church in Ridgeway. David served as a US Marine for two years before returning home to farm for 25 years; he tended to the home farm in Dakota for twenty years and then to the Cedar Ridge farm for another five years. He served on the Grace Lutheran church council, the Nodine Fire & Response, the New Hartford Township board, as well as other committees and board positions.
God blessed Dave with many gifts and he was an accomplished handyman in addition to his farming; he became a self-taught diesel mechanic and was always willing to lend a hand in repairing farm equipment for farmers in the area. He used his talented hands and worked for Horizon Equipment (now Tractor Central) in West Salem, WI, as well as Hammell Equipment, St. Joseph's Ridge Implement, Coulee Country Truck Repair, and Winona Peterbilt. David loved to fix things himself and when someone else did, he made sure it was done right. Along with his wife, daughter, and son-in-law they started Stinson's Country Style Meats in Houston, MN.
Dave worked vigorously but he was most proud to be a devoted husband, dad, grandpa, and friend. He enjoyed figuring out problems and puzzles as well as reading and bowling.
Dave will always be remembered by his wife of almost 40 years, Kathie Erdmann of Dakota; children, Richard (Sarah) of Houston, Lucas of Dakota, Michelle (Jamie) Stinson of Houston, Kimberly Erdmann of Winona, and Danielle Erdmann of Winona; grandchildren, Katrina, Austin & Seth Erdmann, as well as Sedric, Chloey, Finlee, & EllieMay Stinson; siblings, Ilene Gerth of Winona, Elaine (Allyn) McNally of Winona, Kathy (Allen) Klawiter of Dakota; siblings-in-law, Randy (Betty) Vanderzee, David (Sarah) Vanderzee, Linda (Mike) Moor, Dawn (Andy) Kasten, Sarah (Aaron) Bloom all of Dakota; as well as many nieces, nephews, other extended family, and friends.
He was preceded in death by his parents, Art and Mildred Erdmann; and sister-in-law, Sue (Keller) Vanderzee.
A Funeral Service for David will be held at 11:00AM on Thursday, December 30 at the Grace Evangelical Lutheran Church in Ridgeway. Visitation will be held at church from 4-8 PM on Wednesday, December 29 as well as one hour prior to the start of the funeral service on Thursday from 10-11 AM. The Hoff Funeral Home of Houston is assisting Dave's family with arrangements.