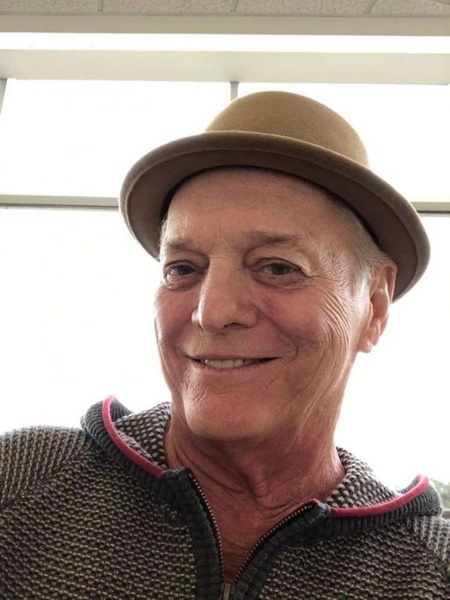 Danny Pomeroy, 72, of Winona, may have lost his battle with cancer on Monday, February 28, 2022, but never his sense of humor or all of his marbles.

Born June 20th, 1949 in Winona to Frank and Marcie (Vogel) the fourth of ten children Dan developed a "gift of gab" early on. Later in life he did consider himself to be a relatively good listener as an adult even when his mouth was open.

He was drafted in 1967 and served honorably as an Infantry Paratrooper in Vietnam with "the Herd," (the 173rd Airborne Brigade) during the Tet Offensive in 1968/69 with his first cousin Rick Vogel.

After earning a Business Degree at WSU in 1981 he headed for Chicago with his fiancé Mary Jo Allen, a recent St. Teresa RN graduate. He spent 25 years there, much of it selling medical equipment then pediatric vaccines. In the mid-1990's Chronic PTSD found, ravaged, and nearly consumed him and although their 25-year marriage resulted in divorce in 2007, they remained close.

Danny returned to Winona and found himself volunteering for Big Brothers/Big Sisters, Juvenile Restorative Justice, Elder Network (Peer Support/Respite Care), Meals on Wheels, SEMCAC driver, Winona County Veterans driver, Salvation Army bell ringer, and more. For the past 12 years he had thoroughly enjoyed "overacting" at Winona's "Voices Of The Past" annual cemetery walk. He loved to do a little bass fishing and he relished the chance to dance every now and then.

In 2015 Dan met and proposed
to MaryJo Coleman of Mauston, WI and spent almost five happy years together before losing her in late 2019.

"Danny Boy" is survived by his beloved wife of 25-years Mary Jo, his dear daughter Melissa Salazar (Jamie) of Orland Park, IL, his fine son Michael of Homer Glen, IL, as well as his eldest son Dooley Musselman of Portland, OR, Dooley's daughter Savannah, and his mother Cher Musselman of Hemet, CA.

Dan's special friend (and "End-of-Life Doula Coach") Heather Bach, and Michael Mangen will also remember him, Mike a lifelong friend, and Heather, a much more recent unconditionally loving soul who he learned a lot from.

Dan's recent significant other and primary Home Hospice Caregiver Bonnie Pflughoeft showed Danny that an unknown period of time (24/7) for multiple months doesn't require all that much contemplation when love and commitment are already "in the house."

Special thanks to his Gundersen Oncology team and VA Psychologist Jason Dowd, Ph.D., with whose professional tender care and guidance Dan found some real peace in his last fifteen years here. Then along came Winona Area Home Hospice who lovingly helped that repaired soldier transition to an even greater lasting peace, an eternal one.

Please join us for a Celebration of Danny's life from 3:00 - 5:00 PM on Saturday, March 5, at the Hoff Celebration of Life Center in Goodview followed by a service beginning at 5:00 PM. Military Rites will be performed by the Winona Veterans of Foreign Wars with a luncheon on site to follow. There will be a private inurnment at St. Mary's Cemetery with family in the Spring.