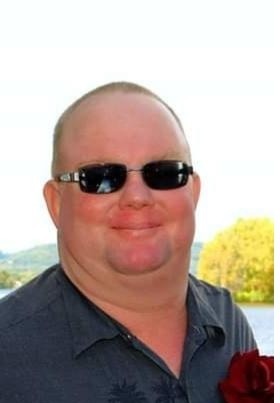 RUSHFORD, MINN: Daniel A. Kleist, 45, died at his home on Thursday, December 26, 2019.
Dan was born July 12, 1974 to Arthur and Eline (Johnson) Kleist in Winona, MN. He graduated from Rushford High School in 1993. Dan worked various jobs until he started truck driving in 2000. He was an owner-operator and drove all over the country. Dan enjoyed motorcycles and everything Harley Davidson and spending time working on his truck.
Dan is survived by his wife Jennifer Kleist, Rushford, MN, his father Arthur Kleist, Rushford, MN, a daughter Ora Yonts, Rushford, MN, a step son Jacob Smith, Rushford, MN; step-children from his previous marriage: Ellen, Brad, and Greg ; he is also survived by his aunts and uncles. He will be dearly missed by his family and friends.
He was preceded in death by his mother, Eline; sister, Vicki; and wife, Cindy.
A Celebration of Life will be held on Saturday, January 4, 2020 from 1 - 4 p.m. at Hoff Funeral and Cremation Service, Rushford, MN. You may leave a memory of Dan and sign his online guest book at www.hofffuneral.com.