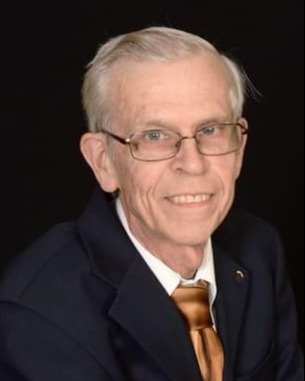 Dan was born on May 31, 1947 in Winona, Minnesota to Edgar "Ed" and Adeline (Ebert) Bunke. He graduated from Winona Senior High School and the welding program at Dunwoody Institute in the Twin Cities. Dan enlisted in the U.S. Navy and served as a Seabee for three tours in Antarctica, constructing McMurdo Base there. He returned home to join and eventually head the family service station business, Bunke's Service Inc. (APCO stations). When they discontinued fuel sales, he continued to operate a radiator repair service.

Dan married Angela Boettcher at St. Matthew's Lutheran Church in Winona on June 2, 1973. They were blessed with two sons, Jason "Felix" Bunke and Ethan Bunke as well as a grandson, Elliot.

Dan had been active in the Winona Lions Club for many years and was a member of the Winona American Legion Post 9. He was a devoted, lifelong member of St. Matthew's Lutheran Church in Winona and served in several capacities on the church council, including Building and Grounds Committee, Board of Elders, and Lutheran Boy Pioneers. He was gifted with an aptitude for mechanics and did extensive work on his century old home.

Dan was a faithful Christian who now enjoys his peace in heaven. We love him and he will be deeply missed.

Memorial Service will be 11 a.m., Monday, November 28, 2022 at St. Matthew Lutheran Church.  Visitation will be 4-6 p.m., Sunday at Hoff Celebration of Life Center – Goodview and one hour prior to the service on Monday at church.  He will be laid to rest at the Minnesota State Veterans Cemetery in Preston in a private family service.  Memorials are preferred to St. Matthews Church.