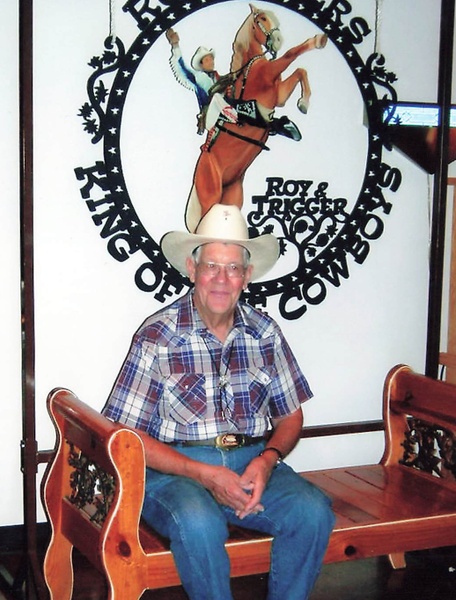 Curtis Orell Vogen, age 90, passed away peacefully on Saturday, July 23 at the Chosen Valley Care Center in Chatfield. Curtis was born on August 19, 1931 on the family farm near Rushford, the son of Victor and Esther (Paulson) Vogen; as an only child he was raised on the farm and left his country school early to help raise the cattle as well as baling hay. He met the love of his life Marlys Marveson on a blind date and the two were united in marriage on September 21st, 1956 in Preston. Their union was blessed with two children: Leann and Larry. Curtis was a proud, dedicated maintenance man for the City of Saint Charles for over 25 years until his retirement.
Curtis will always be remembered for his readiness to always work hard and get the job done. He was also passionate about his horses and often enjoyed riding when the work was finished on the farm.
Curtis is survived by his wife of 65 years, Marlys; son, Larry (Kimberly) of Winona; grandsons, Jeffrey (Kelly) Vogen of Sun Prairie and Bradley (Emily) Vogen of Waterloo, WI; great-grandchildren, Carl, Molly, Reese and Avery; as well as other extended family and friends.
He was preceded in death by his parents, Victor and Esther; daughter, Leann Vogen.