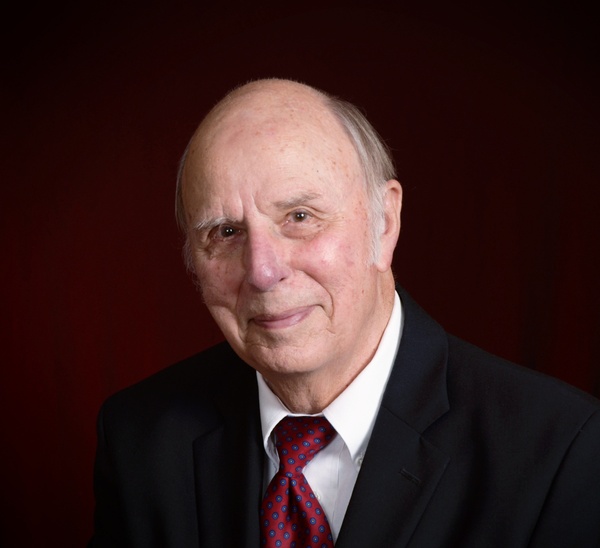 Rev. Curtis A. Fox, 91, of Peterson, MN died on Tuesday, April 26, 2022, at the Good Shepherd Lutheran Home in Rushford.
Curtis Andrew Fox was born on August 22, 1930, in Minneapolis, MN to Andrew and Myrtle (Larson) Fox. He was raised in Minneapolis and graduated from Minneapolis Roosevelt High School in 1948.  Curtis attended Lutheran Bible Institute and received his Bachelors Degree from Augsburg University in Minneapolis. On June 5, 1954, Curtis was united in marriage with Doris Boyum. They cherished 62 years of married life together.  Curtis graduated from Luther Seminary in St. Paul, MN in 1957. Through his career, Curtis served at Lutheran parishes in South Dakota, Minnesota, Idaho, and Washington. After his retirement in 1995, Curtis served as an interim pastor at churches in Washington and Minnesota for over 20 years. In 2000, he and Doris moved to Peterson, MN. Curtis had a love for singing that started in the high school choir, and continued as he sang in college. His tenor voice was featured in a weekly gospel quartet radio broadcast in the Minneapolis area. In his younger years, Curtis also enjoyed playing baseball and was an accomplished left handed pitcher. In his spare time he enjoyed fixing cars, reading, and going out for a good ice cream cone. Curtis was a man of living faith who took every opportunity to share the Gospel. He continued to sing heartily throughout his years of church ministry.

He is survived by his five children: Peter (Gail) Fox, Deborah (John) Cummings, Anne (Rob) Joyce, Nathan (Beatrice) Fox, and Rebecca (Eric) Stocker; twenty grandchildren; thirteen great-grandchildren; a brother, Donald Fox; and numerous nieces and nephews.
He was preceded in death by his parents, wife, a son-in-law, Craig Cummings, and sister, MaryAnn, .
The family prefers memorials directed to the Good Shepherd Lutheran Home, World Mission Prayer League, or Rushford Lutheran Church.
There will be a funeral service for Curtis at 11:00 a.m. on Tuesday, May 3, 2022, at Rushford Lutheran Church in Rushford, MN. Visitation will be from 5:00 to 7:00 p.m. on Monday at Hoff Funeral Home in Rushford and one hour prior to the service on Tuesday at the church. Burial will be in the Arendahl Lutheran Cemetery in Peterson.
Please leave a memory of Curtis and sign his online guestbook at www.hofffuneral.com