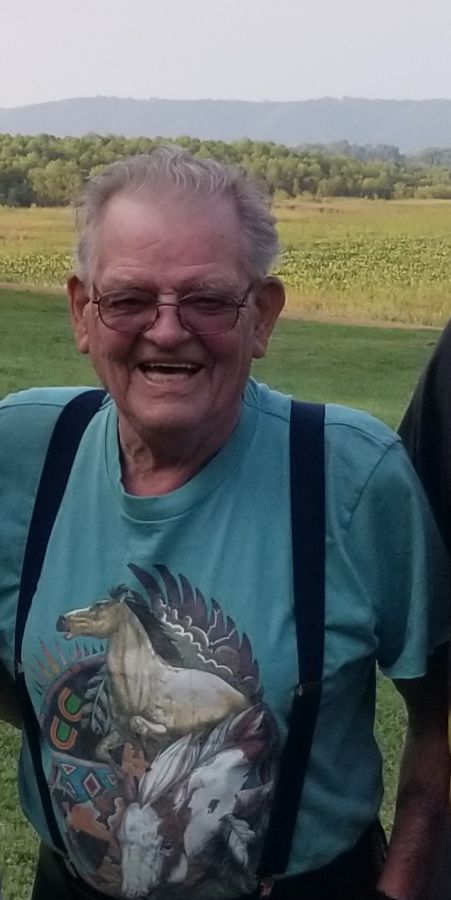 Clinton Joe Gilsrud Sr., 82, of Chatfield Minnesota passed away peacefully surrounded by family on November 3, 2019, at the Minneapolis VA Health Care System.
Clint was born on June 16, 1937, to George and Mary "Graham" Gilsrud on the farm in Cordova, MN. Clint was 16 years old and working at the gas station in St. Peter when he first met his wife to be, Kathy Aldrich. A bit naïve, Clint didn't figure out why Kathy stopped into the station four times a day until she asked him to the Sadie Hawkins dance after several months of these gas station trips. Clint proposed to Kathy before she was even out of high school, but they waited to get married until Kathy graduated. The couple had a beautiful winter wedding planned, but then those plans changed when Kathy got a call from Clint saying, "babe, I'm going to Germany". Clint received the call that he was being sent to Germany with the Army on September 6, 1958. Because of this change, Clint and Kathy were instead married on August 23, 1958. Clint served honorably and was discharged in September of 1960.
Clint would do work as an electrician, but he was a truck driver through and through. There wasn't a vehicle made that he couldn't drive. He drove truck for 37 years, and for 18 of those years Kathy drove with him. Clint drove over 5 million miles and hauled pretty much anything you could think of. When he made it home after a long drive, he would first start fixing his truck and then he would head out fishing. In his later years when he wasn't driving his big green Peterbilt, you would find him on his big green John Deere riding lawn mower. Clint was a lifelong Vikings and Twins fan.
He was a loving husband, a wonderful father, and an adoring grandfather and great-grandfather.
Those left to cherish Clint's memory are his wife of 61 years, Kathy "Babe" Gilsrud; Children Donna "Suzie" (Mike) Heaser, Dianne (Gary) Garneau, Joe "bud" (Mary) Gilsrud Jr., and Scott "Scooter" (Maren) Gilsrud; Grandchildren Suzie (Andy) Ehlo, Chrisy (Billy) Hicks, Aimee (Tim) Ornelas, Heidi (Jeremy) Ridley, Gary (Kristiana) Garneau Jr., Jaimee (Chris) Ortiz, Dalton Gilsrud, Whitney Gilsrud (Alec); Great Grandchildren, Quintin, Sophie, Lucy, Bryce, Jordain, Preston, Sydney, Mackinzie, Christopher Jr., Bella, Alexis, Harmony, Jerrick, and Holden; Sisters, Joan, Mary Ann, and Brenda; Brother, Carl; and nieces and nephews.
Clint is preceded in death by his parents, George and Mary; granddaughter, Kayla Gilsrud; sister, Helen; brother, Robert; and parents-in-law, Marvin and Lucile Aldrich.
There will be a visitation at 4:00-7:00 PM on Friday, November 8, 2019 at Hoff Celebration of Life Center.
A Celebration of Life will be held at 3:00 PM on November 9, 2019 at Hoff Celebration of Life Center with Pastor Keith Mercer officiating. There will be no prior visitation the day of the service.
Please sign the guest book in the above tab to leave a public or private message to the family.