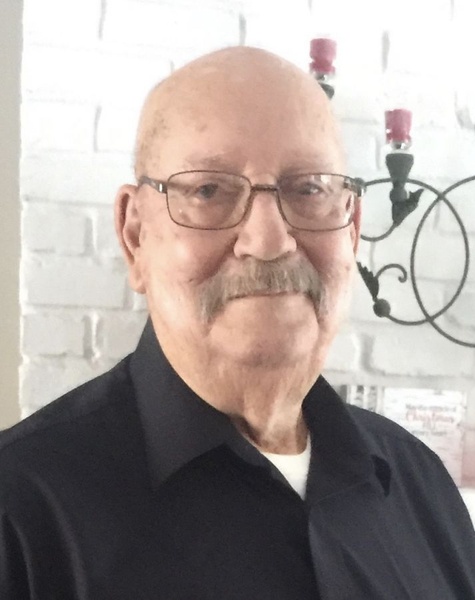 RUSHFORD, MN - Clifford W. Hallum, 78, of Rushford, MN died on Thursday, May 13, 2021, at his home with his family by his side.
Clifford was the first of five children born to Teman and Geneva (Olson) Hallum in Lanesboro, MN on March 29, 1943. He was raised on the family farm south of Peterson, and was a 1961 graduate of Peterson High School. On January 30, 1965, Clifford was united in marriage to Dianne Tudahl. Clifford worked most of his career in construction, truck driving, and pouring concrete. He enjoyed collecting everything and anything John Deere, as well as tools. Clifford could fix most anything. He was a Cub Scout leader and a 25 year member of the Rushford Fire Department. Clifford was a very caring, loyal and hardworking man who loved his family very much.
He is survived by his wife, Dianne; two sons: Tony (Amy) Hallum of Jordan, MN and Chris Hallum of Rushford, MN; four sisters: Mary (Denny) Nelson of Eagan, MN, Lois (Eric) Pawlowski of Eagan, MN, Lorraine Martin of Fort Dodge, IA, and Carolyn (Scott) Panning of Blaine, MN; a brother-in-law, Carrol (Darlene) Tudahl of Rushford; a sister-in-law, Anita Batchelder of Galesburg, IL; Aunt Ione Hallum; Aunt Alice Lee; Uncle Milton (Kathy) Hallum; many cousins, nieces, and nephews; and special friends Bill and Helen Peterson, Bob and Anne Spartz, Danny and Wanda Hanson, Dawn Jorde and Jean Peterson.
He was preceded in death by his parents; in-laws Carl and Stella Tudahl; and brothers-in-law Paul Martin and Dale Batchelder.
There will be a memorial service for Clifford at 1:30 p.m. on Thursday, May 20, 2021, at Rushford Lutheran Church with the Reverend Steven Chellew officiating. Visitation will be from 5:00 to 8:00 p.m. on Wednesday, May 19, 2021, at Hoff Funeral Home in Rushford. Burial will take place at a later date.
Please leave a memory of Clifford and sign his online guestbook at www.hofffuneral.com

The family would like to extend a special thank you to St. Croix Hospice, especially Skylar and Jenny for their exceptional loving care that they gave to Clifford.