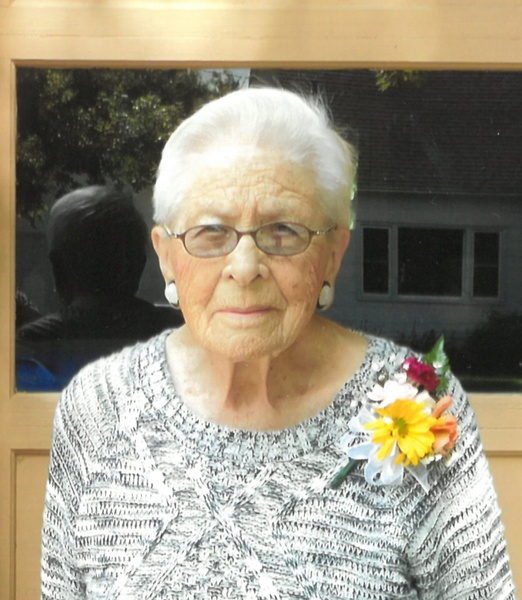 Clanette was born on the family farm outside of Rollingstone on August 14, 1920, to Edward and Isabelle (Feil) Kohner. She is the third child of seven; Cyrus, Bernard, Clanette, Stanley, Elmer, Mary, and Arthur. From an early age she knew what hard work was. Growing up, they didn’t have much, but always depended on God to provide. She would tell how they would get half an apple on Saturday night for a treat, but only if they could get them, they used peach wrappers as toilet paper in the outhouse, and shared a bed with all her siblings.

She graduated from Rollingstone High School, where she studied Latin for four years. After high school she wanted to be a nurse and took the train to Rochester every week to work at the hospital. She worked in the baby ward and loved being around the babies. She sent all her hard-earned money home to help support her family. When her brother Arthur became ill, her parents told her she had to stay home and help, so she put her dream of becoming a nurse aside. At a dance she met her love, Harold Gensmer. After a brief courtship Harold said, “Do you suppose we should get married?” And that they did on May 27, 1941. They made their home on the Gensmer family farm in Norton Township.

There was not anything she couldn’t do on the farm - castrate pigs, artificially inseminate turkeys, butcher, garden, can goods, flower gardens, out fish anyone on the water, and cook like a chef. She could make a meal out of anything. Clanette is famous for her turkey at Thanksgiving, prime rib at Christmas, ham at Easter and her homemade dumplings. She made wedding cakes, candies, cookies, and her famous peanut bars. She was a phenomenal cook and baker. She was affectionally known by most as Granny or Gaga.

Clanette was a lifelong, active member of Trinity Ev. Lutheran Church at Norton; serving as the president, treasurer and secretary of the ladies aid throughout the years, teaching Sunday school and being on the Sunshine Committee.  Clanette served on the board of the Lewiston Villa for several years. She still found time to travel with her husband Harold.

Her favorite trip was visiting Switzerland. She was admired for her beautiful embroidery and stamped cross stitch. Clanette enjoyed listening to Lawrernce Welk music, bowling, caring for others, and her favorite times were all spent with her family. She always was a sharp dresser with jewelry, well put together outfits, and a hair was never out of place. When asked if she could live her life over, what would she change, she said, “I wouldn’t change a thing, I’ve had a good life." When asked about the secret to her longevity she responded with, “A little wine and a little gambling!”

A special thanks goes out to the Staff at St. Anne and Dennis the Chaplin, Dr. Forsyth, Pastor David and Brenda Eckert, and Winona Hospice.