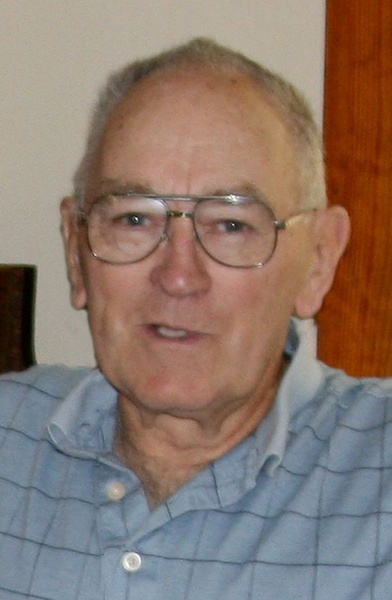 Clair Richard Martin, age 92, passed away August 24, 2021 at Chosen Valley Care Center in Chatfield where he had been a resident for the past 2 years.
Clair was born January 15, 1929 to Amos James Martin and Ethel Elizabeth Crowson on the family farm in Saratoga Township. He attended grade school at the one room school house in Saratoga and graduated from St. Charles High School. In 1954, Clair enlisted in the U.S. Army and received his basic training at Ft. Leonard Wood, then was sent to Ft. Knox and Ft. Bliss where he specialized as a turret artillery mechanic. He was proud of his service and the contribution he gave to his country. He was a lifetime member of the American Legion.
Once back in Saratoga, Clair took over the milking operations, farmed with his brother, George, and cared for his mother in their home. In 1990 he began Clair Martin Sales & Service, a business specializing in small engine repair for mowers, blowers, & chain saws and offering Toro products.
When he wasn't on a tractor, milking cows, or working on a mechanical repair, Clair spent time creating in his wood shop. He loved old farm equipment - threshers, combines, antique tractors. He enjoyed traveling the US by car, visiting far-flung family, taking in local history along the way, and was delighted that he had seen both oceans. His friends, neighbors and customers knew how much he enjoyed a good rambling conversation and many hours were spent sitting at the kitchen table or on a stool in his shop discussing any topic that came up, telling stories of his life and the goings on while growing up in the Saratoga Valley. His love of local history and dedication to his community led him to serve on the board of the Saratoga Cemetery Association for 60 years in the roles of sexton, secretary, and treasurer.
Clair married late in life, first in 1982 to Betty Jean Bogle who died in 2007, then in 2015 to Joan Redcay who died in 2019.
He was preceded in death by his parents; his wives; and his siblings and their spouses: Margaret (Conrad) Holtegaard, Beatrice (Clayton) McDougall, and George (Ann) Martin. He is survived by his nieces and nephews: Helen (Ellsworth) Simon of Lewiston, Marconna (Bob) Scrabeck of Rochester, Nancy (Greg) Schwanbeck of Nisswa; Clair McDougall (Janie Estfan) of Atlanta, Duane (Cheryl) McDougall of Glencoe; Marilyn Martin of Ramsey, Ramon Martin of his semi truck on the road somewhere, and Janis Martin (Robb Fast) of St. Charles.
The family would like to extend a very special thank you to the staff of Chosen Valley Care Center for all the love and care given to Clair during his time with them.
A celebration of Clair's life will be held Tuesday, Sep 28 from 4 - 7pm at Hoff Funeral Home in St. Charles. The family asks that those who wish to attend please wear a mask and follow health safety protocols. In lieu of flowers, memorials in his name may be made to the Saratoga Cemetery Association or the St. Charles American Legion, Hugh Watson Post 190. Please share a memory of Clair on his online guestbook at www.hofffuneral.com.