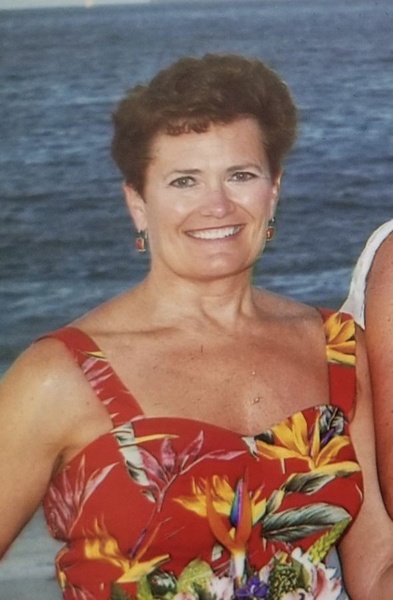 RUSHFORD, MN - Cherryl S. Kjos, 66, of Rushford, MN died on Monday, June 21, 2021, at Mayo Clinic Franciscan Hospital in La Crosse, WI with her husband, Donny at her side. The Lord gained another angel at His throne that day.
Cherryl Sue Schowen was born on February 3, 1955, at March Air Force Base in Riverside, CA to Harold and Joan (Formeller) Schowen.
Because Cherryl was raised in a military family, she and her siblings grew up in California, Texas, and Alaska. She was a 1973 graduate of Redlands High School in Redlands, CA. Cherryl worked her entire 37 year career with the U.S. Social Security Administration starting out in high school. She managed Social Security offices in Austin, Winona, and Rochester, MN. On November 10, 1984, she was united in marriage with the love of her life, Donny Kjos in San Luis Obispo, CA. She and Donny spent their years of marriage living in Rushford, Minnesota, California, and Arizona. She was a member of Rushford Lutheran Church. She grew up learning ballet and tap dancing. In the early years of women's bodybuilding, Cherryl competed and was named Miss San Luis Obispo bodybuilder. In her 20's and 30's she was an aerobics instructor. Cherryl enjoyed music, gardening, flowers, raising chickens, selling eggs, the sand, and the sun. She was totally in love being by the ocean. Cherryl loved walking the beach with the sand between her toes, listening to the waves and admiring the vastness. She had an extremely kind and compassionate soul. Cherryl had a great love for animals and children. She always had an innate skill for connecting with and teaching children. Cherryl had a kind heart, fierce mind and brave spirit.
Cherryl is survived by her husband, Donny; father, Harold Schowen of Anchorage, AK; three brothers: Mike (Karen) Schowen, Jeff (Roberta) Schowen, and Kris Schowen all of Anchorage, AK; mother-in-law, Delaine Kjos; brothers-in-law: Dennis (Teri) Kjos, and Jason (Lori) Kjos; a sister-in-law, Wanda (Tom) Kopperud; and by several nieces, nephews and cousins.
She was preceded in death by her mother, Joan; niece, Jen; sister-in-law, Kim; and father-in-law, Carroll.
There will be a funeral service at 11:00 a.m. on Saturday, June 26, 2021, at Rushford Lutheran Church with the Rev. Steve Chellew officiating. A visitation will be held from 4:00 to 8:00 p.m. at Hoff Funeral Home - Rushford on Friday, June 25 and one hour prior to the service on Saturday at the church. The funeral service will be live streamed at the Rushford Lutheran Church You-Tube page where it can also be viewed after the funeral.
The family prefers memorials directed to the donor's choice.
Please leave a memory of Cherryl and sign her online guestbook at www.hofffuneral.com