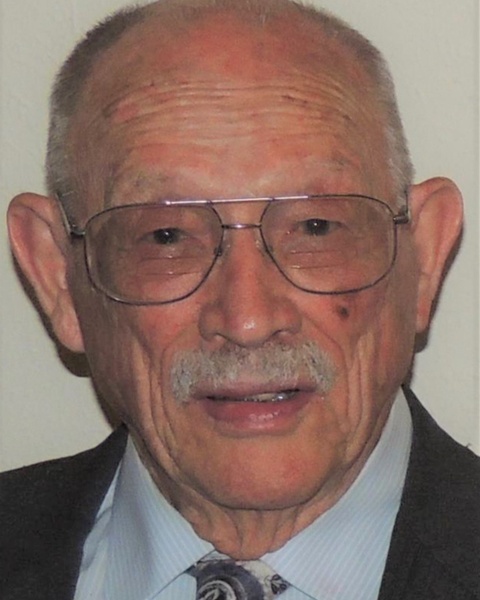 Carlton “Tommy” Eugene Thomson, age 94, of Austin, Minnesota passed away on Thursday, September 29, 2022, at his home surrounded by family. Carlton was born on April 18, 1928, in Ridgeway, Iowa to Carl and Leda (Jacobson) Thomson. His early childhood was spent in Preston, MN, where his father owned and ran the Thomson Cafe. The Thomson family then moved to Austin where he graduated high school in 1945. In 1944 at the age of 16, he began a 42-year career at Hormel. Carlton enlisted in the United States Navy when he was 18 years old and served a Pacific Tour on the oil tanker USS Marias from 1946-1948 giving him the chance to “see the world”. He married Muriel Glenna on February 4, 1949, in her hometown of Rushford, MN. They moved to Austin, MN where they raised their children. Carlton retired from Hormel in 1986. He was a member of Beautiful Savior Lutheran Church, the V.F.W., the American Legion, and served on the Lansing Township Board. In his retirement years, he and Muriel would spend part of the winter in Arkansas. It was important to him to stay active and went to the YMCA six days a week. He continued this routine through August of this year. He especially enjoyed reading, making many trips to the library. Other hobbies included golfing, swimming, walking, camping, hunting, fishing, tinkering, gardening, and hosting family gatherings. He will be dearly missed.

A funeral service will be held at 10:30 a.m. on Thursday, October 6, 2022, at Beautiful Savior Lutheran Church in Austin. Visitation will take place one hour prior to the service. Interment will be 2 p.m. Thursday, October 6th at Minnesota State Veterans Cemetery in Preston, Minnesota. Worlein Funeral Home of Austin is assisting the family with arrangements. Condolences may be expressed to the family online at www.worlein.com.