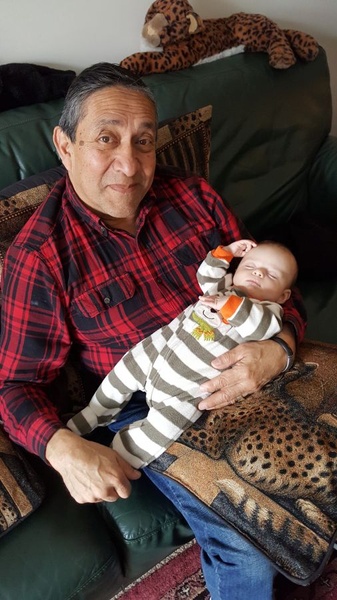 Carlos Gonzalez Espinosa, 70, of Winona died Saturday, August 29, 2020 at Roger Metz Manor. Carlos was born November 4, 1949 in Mexico City to Teodoro Gonzalez and Guillermina Espinosa Gonzalez. Carlos moved to the United States in his mid-twenties and worked for Ford Motor Company in Saint Paul, Minnesota. Carlos began on the assembly line, but after learning all of the jobs in his area, he became a supervisor before retiring from Ford at 55 years old. Carlos married Angela Tillman in 1974. The two had a son named Carlos William Espinosa in 1983. Later he met and married Eileen Lee in 1999. Eileen and Carlos found each other at a very important time in their lives and made a great couple. They enjoyed spending time outside together and vacationing including their favorite destination in Ixtapa, Mexico. They traveled with Carlos Jr. and his wife Danya several times. Carlos and Carlos Jr. also traveled to Europe, the north shore, and California together. Carlos was a very gregarious person and never went somewhere he couldn't make a friend. He spent a lot of his free time at local community centers playing racquetball, swimming, and socializing. A small private service will be held at 11 a.m., Saturday, September 5, 2020. Here is a link to view the photo slideshow that will be shown at the service:
https://photos.app.goo.gl/jQDfX5z852ukAsiK9

To join Carlos' service via ZOOM, here is the information.