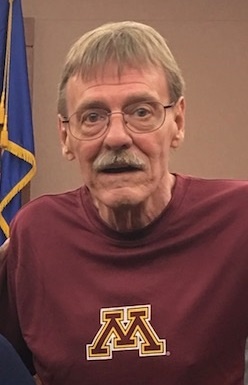 Brian Joseph Williams, 71 of Winona, died Saturday, May 8, 2021 at his home.
Brian was born March 10, 1950 at Camp Lejeune, NC to George and Miriam (Finnegan) Williams. He graduated from high school in Gainesville, FL. In the early 1970's, he was working at the Great Southern Music Hall when he met the love of his life, Barbara Ryder. After a few years together, they decided to move to Minnesota and begin their family. They had three children, Melissa, Matthew and Jennifer and following Barbara's death in 1992, Brian worked hard to provide and care for their family. He was so proud of his children, the lives they each built and the families they created.
While in Winona, Brian worked for Milestone Materials for many years. He loved everything Winona had to offer and considered it "God's Country!" He enjoyed reading, camping, hiking, fishing, going for drives and trips to Ely and Florida. Brian was social and funny and loved spending time with his kids and grandkids. He will be remembered for his selfless nature and his simple way of living where what you had didn't matter, but who you were surrounded by is what was important.
He is survived by his four children, Missy (Nick) Kihima, Matt Williams (Sheena Hauser) & Jenny Williams (Kyle Brown) and Tige Harrison of Florida; six grandchildren, Jaren & Vinn Kihima, Raegan & Reid Williams and Braden & Breckin Vaughn; sister, Janice Mogensen and many close friends.
He is now reunited with his wife, Barbara; his parents; brother, Greg Williams and sister, Joanne Fischer.
Private family services will be held and he will be laid to rest at St. Mary's Cemetery.