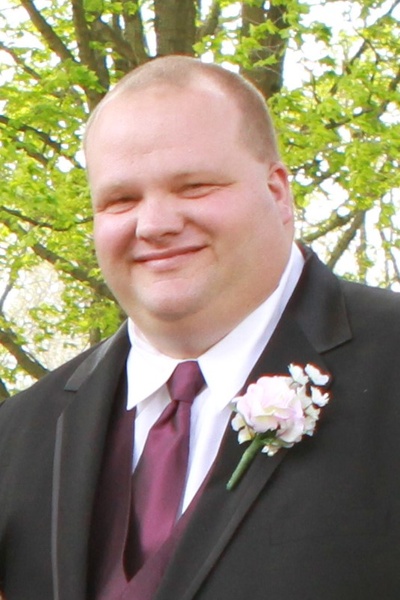 Brian R. Schafer, age 43, passed away on Sunday, November 14, at his home in Chatfield with his family by his side. Brian was born on December 14, 1977 in Winona, the son of Orrin and Susan (Stephans) Schafer; Brian grew up in St. Charles with his parents and five siblings and graduated from St. Charles High School. He was united in marriage to Vicki Warden on Valentine's Day in 2007.
Brian had an incredibly gentle and kind demeanor; he was never one to raise his voice unless it was in a fit of uncontrollable laughter, which he loved. Brian could always be found tinkering with an engine or motor and he was determined to fix them no matter how long it took. When he wasn't in the garage, Brian loved to be on the water fishing with his good friend, Paul, on the pontoon. He was also an avid Minnesota Vikings fan, enjoyed watching the local stock car races, and loved playing games and cards with his family.
Brian is survived by his wife of 14 years, Vicki Schafer; mom, Susan Schafer; step-children, Danielle (Mitch) Bethel and Derek Bethel; step-grandchildren, James & Lily Lengyel; siblings, Stacy (Tim) Williamson, Chris (Cyndi) Schafer, Shelly (Scott) Sabin, Shiela (Andy) Burt; sister-in-law, Patty Geerdes; as well as many nieces, nephews, other extended family and friends.
He was preceded in death by his father, Orrin Schafer; brother, Dave Geerdes; and his niece, Hailey Schafer.
A Celebration of Brian's Life will be held at 3:00PM on Friday, November 19, at the Hoff Funeral Home of St. Charles. There will be a visitation held from 1:00-3:00 PM on Friday before the Celebration. The Hoff Funeral Homes are assisting Brian's family with arrangements.