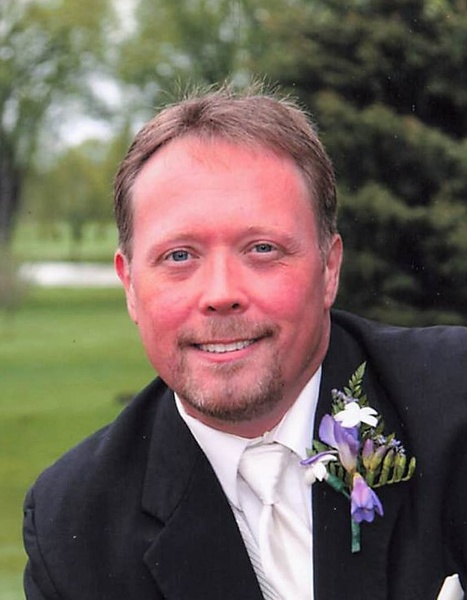 Brad was born in Winona on March 17, 1966 to John and Claudia Guenther.  He met his “Grams” Bernie Redding that day and she was at his side for the rest of her life. After his youth and H.S. in Coon Rapids, MN, he lived with her while he attended WSU and cared for her until the end of her life.

Brad was a long time manager at Bub's Brewing where he enjoyed the owners, staff, and customers. He was a dedicated Twins fan and attended games with Amy or friends whenever possible always believing, “this is the year for the Twins”. Later in the year, the purple would come out and a Vikings fan would emerge.

Brad and Amy were married May 14, 2011, and her parents Dave and Lois Schultz welcomed Brad to their family.  Dave has been the 'always available' help when needed and Lois a second mother. Amy's brother Chris and his wife Melissa rounded out that part of Brad's family with their boys Ben and Dylan showing the finer points of H.S. Wrestling.

Brad's and his sister, Lori Radermacher, have been linked as only brothers and sisters can; always there, always on your side, always caring, and always ready to tease.  They understand each other when others are baffled.  Lori's children, Jake, Terra, and Alyssa, thought Uncle Brad was a great guy.  Which anyone who knew him would say could best describe Brad.  He really was a great guy.

In spring 2021, Brad was treated at Gundersen for diabetes and later at Mayo Clinic for liver problems.  He lately seemed much healthier with a Mayo visit in March indicating nothing needed until another visit in six months.  On April 26, 2022, those health issues prevailed and he passed away at home peacefully.

He was loved and will be deeply missed by wife, Amy, parents John and Claudia, sister Lori Radermacher, in-laws Dave and Lois, Chris and Melissa Schultz, and many nieces, nephews, aunts, uncles, cousins.