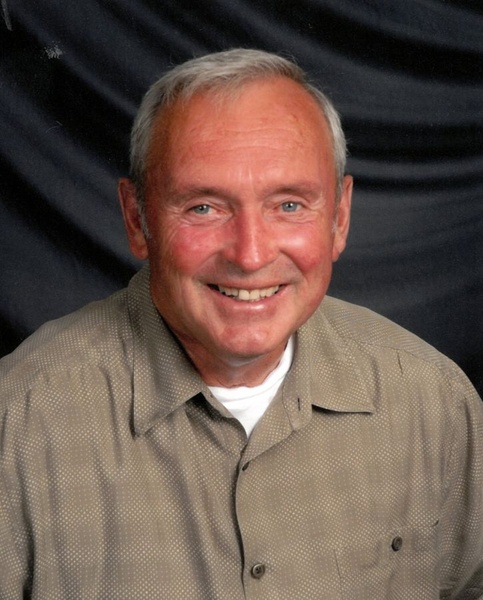 Robert (Bob) Wohlferd, 78, of St. Charles died Friday evening, April 2, 2021, at his home. Bob was born April 1, 1943 in Pepin, WI to Albert and Wava (Urban) Wohlferd. He enlisted in the United States Army in 1960 and was stationed in Germany. Bob met Mary Hall of Plainview on a blind date in 1966. On September 16, 1967, they were married at St. Joachim Catholic Church in Plainview. They made their home in St. Charles. Bob farmed before going on to drive truck for Home Produce, Patterson Quarries, Schott Distributing, and Wilson Trucking, which later became Lawrence Transportation. Following his retirement from trucking Bob went on to work as a janitor for St. Charles Public Schools.

Bob is a member of St. Charles Borromeo Catholic Church and the St. Charles Moose Lodge. As a young man, Bob frequently enjoyed playing horseshoes and bowling. As their family grew, camping became a pastime they all looked forward to. Throughout the years, Bob and his boys created many memories on fishing and hunting trips to Canada, Alaska, Colorado, and Texas. After retirement, he enjoyed working on his tractors, bird watching, visiting their place in Texas, playing beanbags, watching old western movies, and spending time in his shed. He also loved to work in his garden, eagerly anticipating planting each spring. Most of all Bob loved to be with his children and his family. Although Bob loved all his grandchildren the same, he had a very special bond with his youngest grandchild, Briggs, in whom he referred to as Briggsy. Bob always had a story to tell about something Briggs did or said. If he didn't see Briggs that day, he'd ask Mary, "I wonder what Briggsy did today." Bob's devoted love for his wife, Mary, was always evident, in everything he did.

Survivors include his wife, Mary, their four sons, Mike (Jean Johnston) of St. Charles; Bob, Jr. (Andrea Young) of Hayfield; Geoff (Angela Haberman) of Blooming Prairie and Randy (Melissa) of St. Charles, grandchildren, Nathan (Caity), Andy, Samantha, Jerod, Carissa, Robert (Asta), Maryx, Jordan, Alyzia (Nick), Trystan, James, Corey, Casey, Addison, Ava, Braxton, Brynn and Briggs, six great-grandchildren, Brooks, Jace, Beau, Carter, Dean and Mason, and his brother, Dennis (Joanne) Wohlferd of St. Charles. He was preceded in death by his infant daughter, Deanna. A Funeral Mass for Bob will be 11 a.m., April 8, 2021 at St. Charles Borromeo Catholic Church with the Reverend Tim Biren officiating. Burial of Bob's cremated body will follow at Calvary Cemetery, with the St. Charles American Legion and Veterans of Foreign War Posts conducting military graveside honors. A visitation will be from 4 - 7 p.m. Wednesday at Hoff Funeral Service in St. Charles and one hour before services at the church on Thursday. A reception with family and friends will follow services at The Garage in St. Charles. Please share a memory of Bob at his online guestbook and view his video tribute, when it becomes available at www.hofffuneral.com.
A LIVE STREAM OF BOB'S FUNERAL WILL BE AVAILABLE AT WWW.REDEEMERSAINTS.ORG