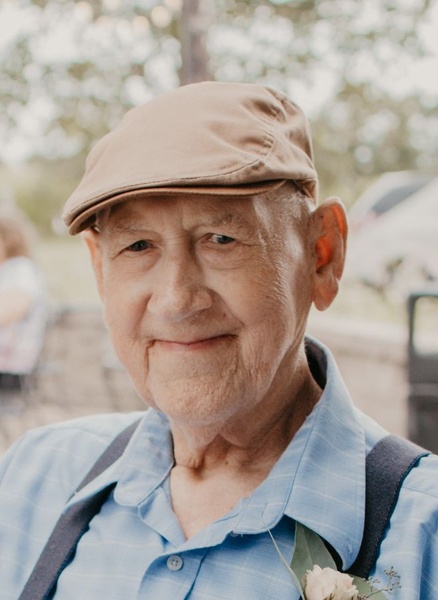 Robert B. "Bob" Stevens, 84, of St. Charles died Saturday evening, September 19, 2020 at his home with his family by his side. Bob was born June 15, 1936 in St. Charles to Charles and Alma (Wiskow) Stevens. He graduated from St. Charles High School in 1954. He went on to serve in the United States Air Force from August of 1956 to August of 1960. Bob and Carmen Watts were married October 9, 1956 in Rochester. Bob worked as a carpenter and custodian for Mayo Clinic as well as maintenance for Doty Properties. Bob was a self-proclaimed "Jack of all trades and a master of none". He enjoyed camping and boating on the Mississippi, snowmobiling, building model planes, working in his garage, bird watching, his trip to Alaska with his son and most especially being with family and his grandchildren.
Survivors include his six children; Calvin Stevens of St. Charles, Carrie (Gordy) Urban of St. Charles, Carol (Randall) Gerber of Lake City, Nadine Faupel of Eyota, Teresa (Allan) Kraft and Carmel Scott both of St. Charles and, 23 grandchildren, 33 great-grandchildren (with two more on the way), two great-great-grandchildren, siblings; Dora Dahl, Bill (Sandy) Stevens, Neva Christianson, Margie Buckley, Janice Harnack and Janet Dailey. He was preceded in death by his wife Carmen in 2012, a great-grandson, Colton, a brother Edward and his parents.
Private family services to celebrate Bob's life will be 11 a.m. Thursday, September 24, 2020 at Hoff Funeral Service in St. Charles led by funeral celebrant Dianne Rislow. A visitation will be from 4 - 7 p.m. Wednesday and 10 - 11 a.m. Thursday at the funeral home. Burial will follow at Hillside Cemetery. The St. Charles American Legion and Veterans of Foreign War posts will conduct military graveside honors. In accordance with current restrictions face masks and social distancing are required. Please share a memory of Bob and view his video tribute when it becomes available at www.hofffuneral.com.
Bob's family would like to acknowledge JoAnn and Norm Doty and their families for being a very special part of his life.