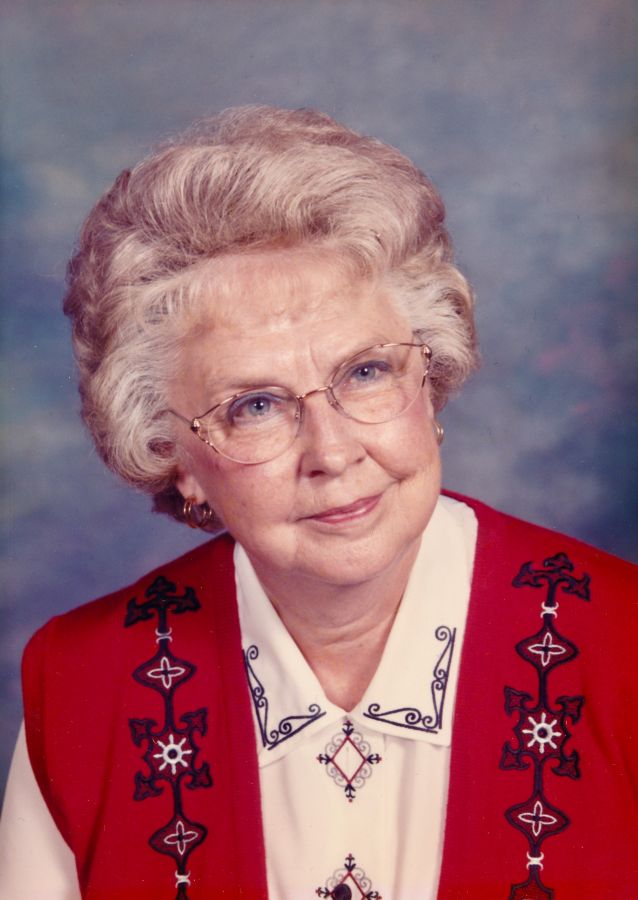 HOUSTON, MN - Beverly Ione Markegard, 88, of Houston, MN died on Saturday, February 23, 2019, at Heritage Court in Houston.
Beverly was born to Alfred and Olga (Thompson) Lee on August 29th 1930, in Peterson, Minnesota where she attended school. Beverly always enjoyed music. While in school she enjoyed playing in the band and singing in area churches with the King's Choralettes, a girls sextet. After high school she attended Winona Business College. Upon completion of her studies in February of 1949 she accepted a position with the Winona Clinic where she worked until March of 1956. On September 29, 1951, she married the love of her life Arless Markegard at Grace Lutheran Church in Peterson. Together they had two sons, Michael and Raymond. Beverly was a devoted mother. While staying home to care for her young children she was able to share her love of music by directing the Youth Choir at Cross of Christ Lutheran Church in Houston. When her youngest son started first grade Beverly decided to attend Winona State College and attained her Bachelor's Degree in Elementary Education. She completed her degree in June of 1968 and in August of the same year she accepted a position teaching 5th grade in Caledonia, Minnesota where she taught for over 30 years. Beverly greatly enjoyed teaching and working with young people. She loved running into former students and hearing about their many accomplishments. Beverly loved spending time with her family. Together they took many family trips across the Southern and Western United States. Beverly always made these trips both fun and educational. She especially enjoyed sharing her knowledge of geology. As time went on Beverly's family grew with addition of grandchildren and great grandchildren. They all thought the world of her. She was always willing to help her family in any way she could which was greatly appreciated. One of the most important things she shared with her family was her belief in God and his never-ending love.
Beverly was preceded in death by her parents; sister, Odella Boyum and husband Truman; sister, Luella Anderson and husband Herman; and brother-in-law Wallace Markegard.
She is survived by her husband Arless, son Michael (Ann) Markegard of Houston, son Raymond (Kathy) Markegard of Chandler, Arizona, granddaughter Jennifer (Marcus) Krings of Houston, grandson Adam (Paige) Markegard of Houston, grandson Nicholas Markegard of Chandler, Arizona, granddaughter Kimberly Markegard of Chandler, Arizona, great grandsons Mason and Owen Krings of Houston, sister-in-law Sylvia Markegard of Peterson and several nieces and nephews.
There will be a funeral service at 2:00 p.m. on Saturday, March 2, 2019, at Cross of Christ Lutheran Church in Houston. Visitation will be one hour prior to the service on Saturday at the church. Hoff Funeral and Cremation Service in Houston is assisting the family with arrangements.
In lieu of flowers, the family prefers memorials directed to the donor's choice.
Leave a memory of Beverly and sign her online guestbook at www.hofffuneral.com