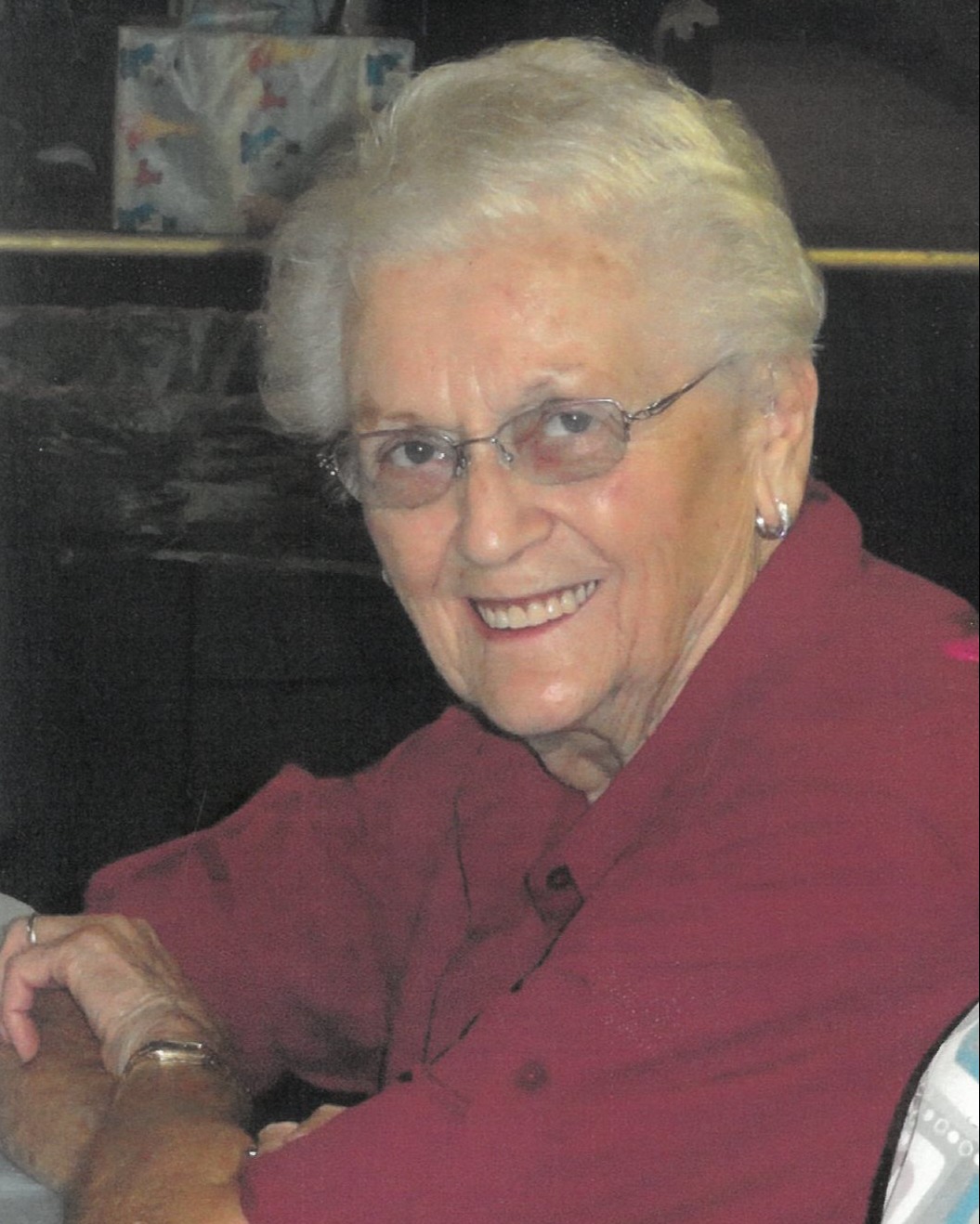 Betty Mae Sanders, 92, formerly of Utica died Saturday, November 26, 2022 at Chosen Valley Care Center in Chatfield.  Betty was born January 3, 1930 in Winona to George Karl-August and Merle Johanna (Holtzworth) Schaale. Betty was raised near Ridgeway, later moving to Winona. In 1946 she moved with her family to a farm west of Utica.  She graduated from St. Charles High School in 1948.

Betty’s next-door neighbor was Roger Sanders.   On June 10, 1949, they were married. One of their first dates was at the Redman Club in Winona.  They enjoyed dancing the waltz, polkas, and square dancing.  Their first home together was at Benekie Estates near Stockton. They moved west of Utica to the Mason Farm for two years. In 1958 they purchased the farm now known as ‘Sanders Corner.’ They farmed the land and milked cows.  They started out milking 28 cows and running the 176 acres.

Together they were blessed with and raised five children.  As a family they took fishing trips to Yellowstone and fished on the Mississippi near Bass Camp. Betty loved flower gardening, her cats and playing 500 with family and friends.

Throughout the years Betty worked for Currie Motor Co. in Winona. She also worked on the farm with Roger and their family, milking cows, doing chores, including her favorite chore of baling hay.

Semi-retirement allowed Betty and Roger to winter in Kissimmee, FL.  They would leave after fall harvest and return before spring planting. She enjoyed the Florida neighbors and friends.