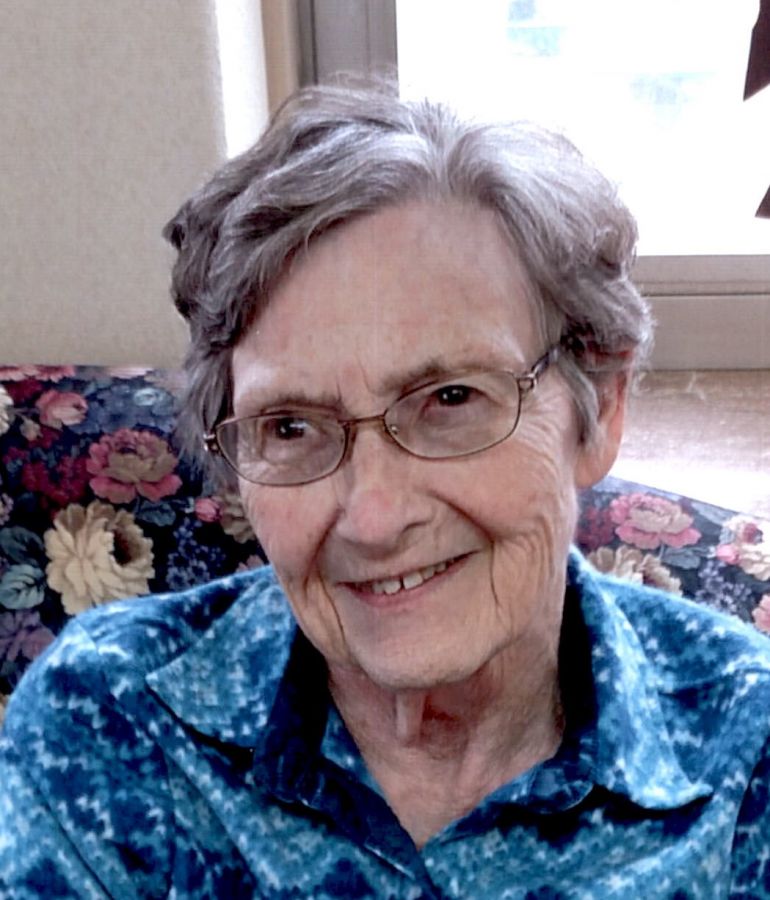 Elizabeth "Bette" Guenther, 87, of St. Charles died Thursday, June 18, 2020, with Dave at her bedside, a few days after their 69th anniversary. After a long battle with Alzheimers, she died at St. Anne Extended Healthcare in Winona.
Bette was born April 29, 1933 in Winona to Joseph and Elizabeth (Lamey) Ives. As a teenager in Winona, Bette met Dave Guenther through a common friend. They married June 16, 1951 at the Army base in Albany, GA. Dave later served in Korea and Bette then returned to Winona to raise their young family. Bette and Dave later moved to Rollingstone before moving to St. Charles, where Dave started his business. Bette stayed home to care for their nine children. After later receiving her drivers license, she went to work for IDS, retiring in 1993.
Bette was an active member of St. Charles Borromeo Catholic Church as a part of the choir and Catholic Daughters, serving on several committees. She and Dave enjoyed camping with their family and friends in the Whitewater Valley. Bette and Dave took may bus trips with sisters and friends, as well as going on cruises.
Survivors include her husband Dave, nine children, David of Chatfield; Rick of Stewartville; Gary (Terry) of Willmar; Pam (Darrel) Rupprecht of St. Charles; Lori (Tim) Edwards of Salem, South Carolina; Tim of Willmar; Denise (Tom) McGrath of Thielman; Brad (Dawn) of Rochester and Beth (Bernie) Winkels of Stewartville, 24 grandchildren, 49 great-grandchildren, with one more arriving soon. She is further survived by four siblings; Lois Kramer, Susan Hanson, Sharon Thompson and Joseph Ives, Jr. all of Winona. She was preceded in death by a brother, Jackie Ives, her parents and Dave's parents.
A public visitation will be from 10 - 11 a.m. Wednesday at St. Charles Borromeo Catholic Church in St. Charles. In accordance with current COVID restrictions, face masks and social distancing are required. A private family funeral Mass will follow with the Reverend Tim Biren officiating. Burial will be in Calvary Cemetery. A Live Stream video of the mass will be available at www.Redeemersaints.org. Memorials are preferred. They may be directed to Hoff Funeral Home, P.O. Box 576, St. Charles, MN, 55972. Please share a memory of Bette or a message to her family at www.hofffuneral.com.