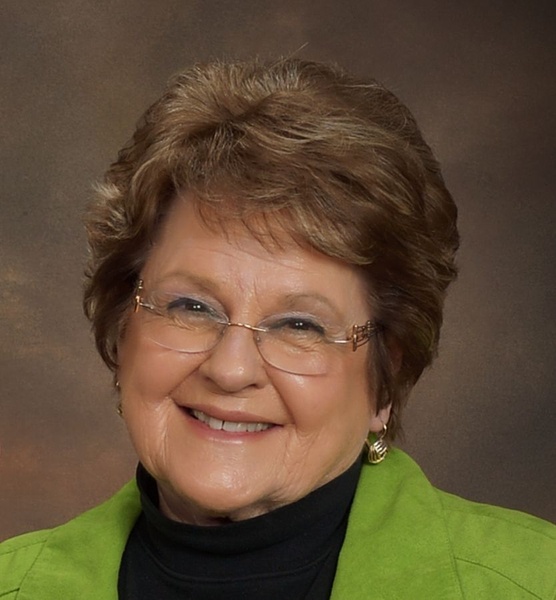 Audrey Joanne Hegland left us for her eternal home Wednesday, October 7, 2020, at Mayo Clinic Health System in La Crosse, Wisconsin, after a brief illness.
She was born August 6, 1942, to John and Ardell (Lemke) Hegland, in La Crosse. She spent her childhood on the family farm in rural Houston, Minnesota.
Audrey was a graduate of Houston High School and Winona Secretarial School. She married Stanley Woxland in 1962, and they had three children. They lived in Old Saybrook, Connecticut, and then moved to Etna Green, Indiana. They were later divorced and Audrey and her children returned to her hometown, Houston, in 1975.
She worked at Western Technical College from 1976 to 2004, primarily as an administrative assistant for the Foundation and College Relations offices, then took on the role of Alumni Coordinator and was responsible for the early development of the Western Alumni Association. She retired June 2004. She was retired for three months and then decided retirement wasnʼt for her and returned to work, first for the Farm Bureau in Caledonia, Minnesota, then with the City of Houston as Deputy Clerk. She worked for the City from January 2006 to her retirement June 2019. Audrey loved the community of Houston and worked tirelessly as a fundraiser and coordinator for many projects such as the Houston Ballfields, the South Park archery range, and the Owen Onsgard Memorial Courts. Her last big project and the one closest to her heart was the Mission 66 Houston Community Playground. She loved becoming an honorary member of the HHS Class of 1966! One of her proudest moments was when she was chosen to be the Grand Marshall of the 2019 Houston Hoedown Parade.
She was a member of Cross of Christ Lutheran Church in Houston where she had served as the church council secretary and as a devoted Sunday school teacher for many years. She was a previous member of the Houston School Board and the Farm Bureau Board where she served as secretary and was currently serving on the Houston Hurricane Foundation Board as secretary.
Audrey was preceded in death by her parents and a sister-in-law Charlene Hegland. She is survived by three children; Jeanette (John) Jacobson, Mankato, Minnesota; John (Candi) Woxland of Sparta, Wisconsin; and James (Tina) Woxland of La Crescent, Minnesota; five grandchildren Matthew Jacobson, Conrad, Jack, Erik and Andrew Woxland; three step-children Bradley (Ellen) Hongerholt; Randall (Vicki) Hongerholt; both of Houston; and Stacey (Harlan) Nelson of La Crescent; seven step-grandchildren Joseph, Jacob, Joshua, and James Hongerholt; Allyssa, Rachael and Taylor Nelson. She is also survived by two brothers Paul (Marty Landry) Hegland, Duane (Eileen) Hegland, and a sister Susan (Arlin) Peterson, all of Houston; a special cousin Bryan (Debra) Hegland of Winona, Minnesota; many beloved nieces, nephews, cousins, and friends.
Audrey was a strong Christian woman and didnʼt hesitate to share her faith with others. She truly loved people and went above and beyond to help anyone she could. Everyone she met became her friend. She was an amazing cook and baker and loved sharing this gift with others. Huge family potlucks were cherished events. She will be forever missed by her family, friends, and the Houston Community.
A drive-through visitation will be at Cross of Christ Lutheran Church in Houston from 3-7 p.m. Thursday, October 15. Please enter the visitation from the north entrance of the church parking lot. The family will greet you as you drive under the awning of the church. A private family service at the church will be at 1 p.m. on Friday the 16th followed by burial at the Stone Church Cemetery, rural Houston. The funeral will be live-streamed at https://www.facebook.com/Cross-of-Christ-Lutheran-Church-152900184724030/ and the service bulletin for Audrey's funeral will be available on the church website at www.crossofchristhouston.org .
In lieu of flowers, memorials are preferred to WTC for the Audrey Hegland Endowed Scholarship. Checks would be written to Western Technical College Foundation; 400 7th St N; La Crosse WI 54601 or an online donation can be made at https://westerntc.edu/foundation. Indicate in the comments section or on the memo line "in memory of Audrey Hegland." Memorials could also be given to the Houston High School Hurricane Foundation; PO Box 655; Houston MN 55943. Please leave a memory of Audrey and sign her online guestbook at www.hofffuneral.com. Hoff Funeral and Cremation Service - Houston is assisting Audrey's family with arrangements.