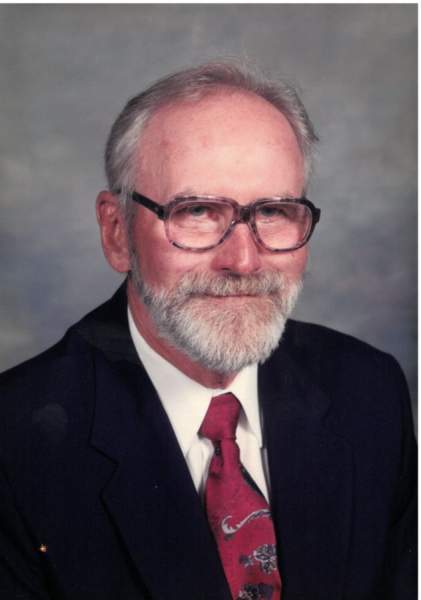 Arless Raymond Markegard passed away July 2, 2020 at Gundersen Lutheran Medical Center surrounded by family. Arless was born in Rushford, Minnesota on November 29, 1928. He was the son of Roy and Anna (Tveten) Markegard.
Arless lost both parents at an early age. He attended Big Spring and Rushford Public Schools. In 1947 at the age of 17 he enlisted in the United States Army and served in the 3rd Military Railway Service in Japan. After leaving service he was employed at Tri-County Electric (MiEnergy) in Rushford. He worked for Tri-County for 45 years as a power lineman. Arless was joined in marriage to Beverly Ione Lee in Peterson, Minnesota on September 29, 1951. They lived in Winona, Minnesota until 1956 when they moved to Houston, Minnesota where they lived the rest of their lives. Arless was very active in his community. He served on the Houston School Board, Houston City Council, Houston Volunteer Fire Department, Houston Nursing Home Board, The American Legion, Cross of Christ Lutheran Church Council, and Houston Ambulance Crew. Arless enjoyed helping people and could fix just about anything. He was often called upon by friends and family to help with their varied and sometimes crazy projects. Despite all of his activities, family was always his highest priority. Arless was a devoted husband, father, and friend. He loved spending time with his wife, children, and later grandchildren and great-grandchildren. His help and guidance were greatly appreciated and will be missed.
Arless was preceded in death by his parents, wife Beverly, and brother Wallace Markegard. He is survived by his sons Michael (Ann) Markegard of Houston, MN and Raymond (Kathy) Markegard of Chandler, AZ; grandchildren Jennifer (Marcus) Krings of Houston, MN; Adam (Paige) Markegard of Houston, MN; Nicholas Markegard and Kimberly Markegard of Chandler, AZ; great-grandsons Mason and Owen Krings of Houston, MN; sister-in-law Sylvia Markegard of Peterson, MN and several nieces and nephews.
Please leave a memory and sign his online guestbook at hofffuneral.com.