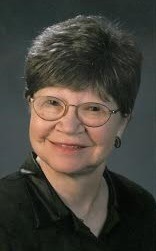 Anita Ruth Ahrens Lafky, 81, of Winona and formerly of Altura died Sunday, August 18, 2019.
Anita was born February 8, 1938 in Lewiston to Elsie and Erwin Ahrens. After LPN training at St. Mary's Hospital in Rochester she married Merlin Erwin Lafky on August 30, 1957 in Winona. Merlin died of cancer on November 18, 1987 at Rochester Hospital and was buried at Frank Hill Cemetery.
Anita enjoyed gardening and canning, specializing in jams and jellies. She also enjoyed sewing and being a 4-H active leader for twenty-five years and inactive leader for five years.
Anita is survived by daughter, Kelly Sue Lafky; son, Cameron (Robin) Lafky; five grandchildren, Andrea, Jordan, Mercedes, Casey, and Kelsie; three great-grandchildren, Zoey, Madi, and Colton; and brother, Richard.
Anita was preceded in death by her daughter, Holly Kay; her husband, Merlin; sister, Judy; and parents.
A memorial gathering will be held from 5:00 p.m. - 7:00 p.m. on Friday, August 23, 2019 at Hoff Celebration of Life Center in Goodview.
Anita's family would like to extend their sincerest thanks to the staff at Watkins Manor for the wonderful care that they took of Anita.