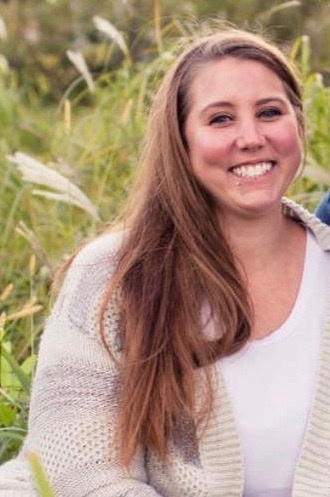 Angela Darlene (Warnken) Speltz, 29 of Lewiston, died suddenly on Wednesday, January 15, 2020 at Gundersen Health System in La Crosse.
Angela was born November 2, 1990 in Winona to George and Sharla (Reps) Warnken. She graduated from Lewiston High School in 2009. On July 30, 2011, she married the love of her life, Hilman Speltz. Angela worked in housekeeping at Winona Health and then Speltz Assisted Living. She enjoyed volleyball, camping, crafting and re-arranging and re-decorating her house. Her smile could light up a room.
Angela's family was her world and she truly treasured her role as a mom! She was looking forward to welcoming their 5th child into this world as she was 10 weeks pregnant. Angela enjoyed attending her children's sports activities - softball, baseball, dance, basketball and wrestling. She loved doing crafts and projects with the kids, they were truly the light of her life.
She is survived by her husband, Hilman; three children, Payson, Easton and Hilson; her dad, George (Nancy) Warnken; brother, Andrew (Amanda) Reps; sister, Shelby Warnken (Austin Davis); step-sister, Emily O'Donnell; nieces and nephews, Scarlet, Lily, Jaxon and Jace; grandmother, Roberta Warnken; parents-in-law, Rick J. & Michele Speltz; two brothers-in-law, Cedric (Katelyn) Speltz, Tucker (Lydia) Speltz; one sister-in-law, Jeanette Speltz; grandparents, Anthony Speltz and Mary C. Speltz and many aunts, uncles, cousins and friends.
Angela was welcomed into Heaven by her infant son, Vinson; her mom, Sharla; her sister-in-law, Amelia Speltz and her grandparents, Willard Warnken, Darlene & Doug Reps, Cyril Speltz and Joanne Speltz.
Funeral Service will be 11 a.m., Thursday, January 23, 2020 at St. John's Lutheran Church in Lewiston with the Reverend Michael A. Lindemann officiating. Visitation will be 3-7 p.m., Wednesday and one hour prior to the service, all at the church. Hoff Funeral & Cremation Service - Lewiston is assisting the family with arrangements.
Please share a memory of Angela, sign her online guestbook and view her video tribute when it becomes available at www.hofffuneral.com.