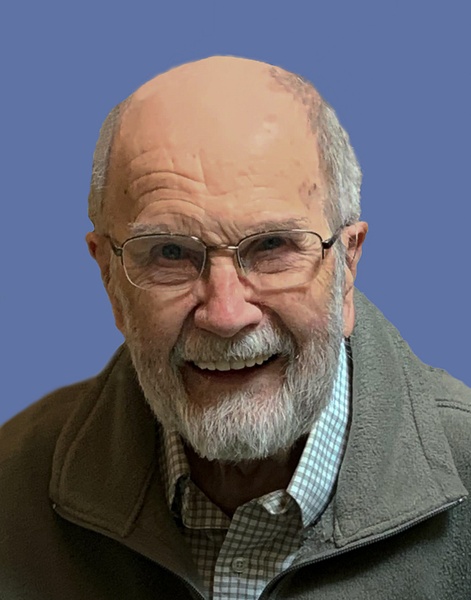 Alvin David Jarvinen, age 94, died peacefully and entered his eternal rest at his home in Goodview, MN, on Saturday, May 14, 2022, after an illness of several months that included approximately one month of transitional care at St. Anne Extended Healthcare in Winona, MN.

Al was born on March 28, 1928, and was raised in Wakefield, MI, the eleventh of twelve siblings, in the home of David & Anna Jarvinen, each of whom were widowed with 4 children of their own, before marrying and having 4 more children together.  Alvin was known to say about being one of twelve siblings, “You can call me anything you like except late for dinner.”  After graduating from Wakefield High School in 1946, Alvin spent time in the Merchant Marines before moving to Waukegan, Illinois, where he worked at various jobs including his eventual 30+year vocation as a supermarket meat-cutter, and there met and married Barbara Delores Asplund on June 30, 1951.   Al & Barb (now with a young family of two)  returned to Michigan, living briefly in Ramsay, in 1956, and then moving to Wakefield in 1957.  It was at this point that Al experienced a deep renewal of his childhood faith in Jesus Christ, that changed the trajectory of his life.  In addition to his work as a meat cutter, Al was used over the years in various ministry capacities as a lay person, including teaching, preaching, choir, evangelistic work, prison ministry, volunteer pastoral assistantship and church planting.  Two more children were added to the family as Al and Barb continued their life together.

In 1990, Al & Barb moved to Winona, MN.  In December of 1992, Al and family underwent the devastating loss of wife and mother, when Barb experienced a sudden heart attack and died at the hospital.  As a widower in his mid-sixties, Al lived singly in Winona, spending time with his adult children and their families, while also developing strong relational and ministry ties within the fellowship of Pleasant Valley Church and the broader faith community of Winona and the surrounding area, using his experience in ministry, primarily in the areas of pulpit supply, spiritual counseling, and mentorship.  In 1996, at a church fellowship event, Al met Joyce Dahlen, herself a widow of several years, the mother of six adult children, a grandmother, and an active participant in the life and ministry of Pleasant Valley Church. This meeting sparked interest for both Al and Joyce, which led to their eventual courtship and marriage on February 14, 1997 (appropriately on Valentine’s Day).  Al and Joyce enjoyed their 25-year marriage, which included many highlights among both of their extended families, and a shared ministry of pastor and wife, when Al was called and ordained to serve as the pastor of Cornerstone Church in Winona, at the age of 81, a faith community that he and Joyce served together among for approximately six years.

Al was a man of additional interests and hobbies. In his youth he enjoyed snow skiing and ski jumping.  As a young adult he enjoyed hunting and his love of fishing continued through most of his life.  As time went on Al became a voracious reader, and took classes, at Gogebic County Jr. College in Ironwood Michigan. In his middle age years he developed exceptional skill as a wood-worker, especially clockmaking, and filled orders for work colleagues and friends who appreciated his handiwork.  In his later years, he developed an interest in cooking and baking, gladly sharing his wares and favorite recipes with family and friends.

He was preceded in death by his first wife, Barbara, his infant daughter, Pamela, his parents, David and Anna Jarvinen, and all eleven of his siblings and their spouses, with the exception of Ellie Jarvinen of Warren, OH, the wife of Al’s deceased older brother, Tauno, and C. Raymond Holmes of Wakefield, MI, the husband of Al’s deceased younger sister, Shirley.

A Memorial Service for Al will be held at 11am on Tuesday, May 24, 2022 at the Hoff Celebration of Life Center, 3480 Service Dr, Goodview, MN. Visitation will begin at 10am and last until the service. A luncheon will be served following the service. Al will be laid to rest at the Woodlawn Cemetery in Winona. Hoff Celebration of Life Center - Goodview, is assisting the family. In lieu of flowers, donations may be made to Pleasant Valley Church, 1363 Homer Road, Winona, MN, 55987, pvwinona.com.

For those unable to attend the service for Al, it will be live streamed on the link below.