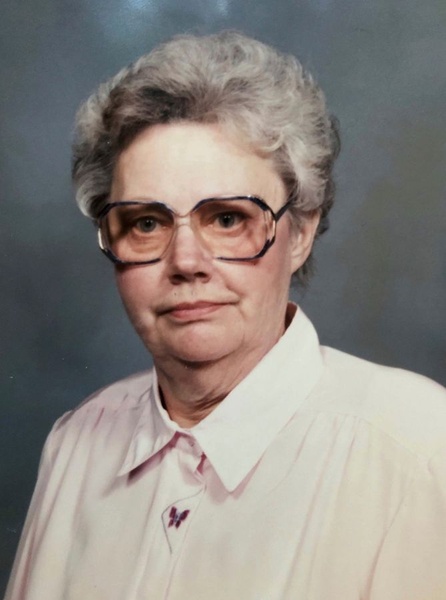 Alice Marie (Schouweiler) Hall died on May 15th, 2020 at Lake Winona Manor at the age of 87 from complications from many years of Crohn's disease.
Alice was born on October 27, 1932 in Kellogg, Minnesota to Paul and Agnes (Graner) Schouweiler. She grew up on the Schouweiler family farm in Conception, outside of Kellogg, Minnesota along with her 4 brothers and 1 sister. She graduated from Kellogg High school at the age of 16 and went to Teacher's College in Austin, Minnesota. She returned to the Kellogg area after her year of schooling and was teaching grades 1-8 in a 1 room schoolhouse by the time she was 17.
She married Fay E. Hall on June 10th, 1952 and together they had 8 children. Fay passed away on January 12, 1974. Alice continued her education after the couple moved to Minnesota City and received her bachelor's degree in Education in 1969 and her master's degree in Psychology in 1978 from Winona State University.
Alice wore many hats over the years as farm girl, teacher, school counselor, bartender, waitress, cake decorator, seamstress, and the list goes on. There was nothing she could not do.
After she graduated with her master's degree, she ran the Semcac Family Planning Clinic and the RSVP Program at Semcac until she moved to La Crosse, Wisconsin. There she became the director of the RSVP Program for the last 15 years of her professional life. She was a senior advocate and a volunteer for the Literacy Program while sitting on many advisory boards in the La Crosse area. After retiring at the age 72 she moved back to Winona to be with her family.
She was a loving mother, grandmother, and great grandmother.
She was an active member of St. Paul's Catholic Church in Minnesota City, and her faith was very important to her.
Alice is survived by her 8 children, Becky Spande (Bob Siebenaler), Kateri (Jeff) Mueller, Carol (Dan) Nelson, Marcia (Bryon) Anderson, Monica Hall, Rich (Joan) Hall, Margaret (Al) Bensel, Jim (Kathie) Hall, 18 grandchildren, 14 great grandchildren, sister Lorraine Hill, brother Paul Schouweiler and sister-in-law Mary Lou Schouweiler, and many nieces and nephews and extended family. She was preceded in death by her husband Fay, her parents, an infant son, two grandchildren, two great grandchildren, her brothers Leo, Don, and John Schouweiler, sisters-in-law Alice, Mary, and Anita Schouweiler.
Although Alice's health was poor, her faith was strong.
The family would like to thank all the staff at Winona Health for their years of caring for Alice through her life journey. Your kindness, caring, and compassion has meant a lot to us all.
Due to current Covid 19 restrictions, a private family ceremony will be held, with plans for a celebration of life at a later date. Memorials may be mailed to Hoff Funeral Home C/O Alice Hall Family, 3480 Service Drive Goodview, Mn 55987. Hoff Celebration of Life Center - Goodview is assisting Alice's family with arrangements.