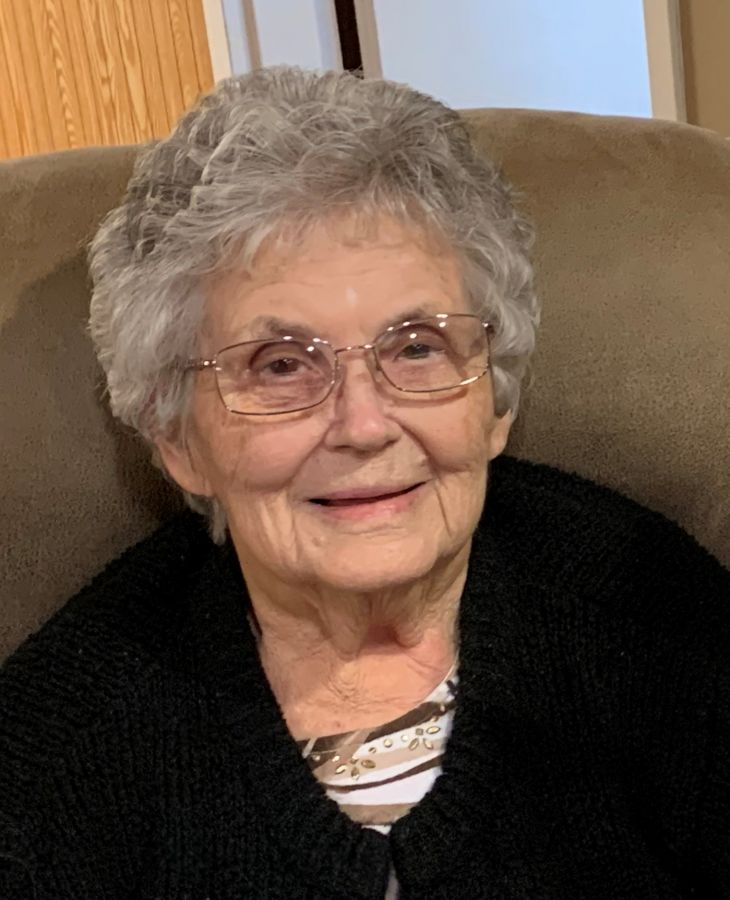 Alice Ann Jorde Olson passed away at Cottagewood Senior Communities on Sunday, August 9, 2020. Alice was born on February 4, 1933, to Theodore (Ted) and Helen (Burfield) Jorde in Money Creek Township, Houston County, Minnesota. She attended Houston Public School, Looney Valley Country School near Houston, Baker Country School near Rushford, and graduated from Rushford High School in 1951. She was very active in 4-H from grade school through high school and regularly entered sewing projects at the Houston County fairs. She was very involved in the band, choir, and speech programs in high school, playing the bassoon, singing solos, and earning many awards. Alice graduated from the Methodist-Kahler School of Nursing in Rochester with her R.N. degree in 1954. Dr. Charles Mayo Jr. signed and presented her diploma to her. Alice married Jerry T. Olson of Rushford in 1954, and they later divorced. They raised six children: Jeannine, Theresa, Kim, Kevin, Justin, and Jim. While training with the Methodist-Kahler School of Nursing from 1951-1954, Alice worked at Saint Mary's Hospital, the Colonial Hospital, the Worrall Hospital, and the Kahler Hospital in Rochester. She also received training at the Cook County Children's Memorial and the Chicago Lying-In maternity hospital in Chicago, Illinois, in addition to the Rochester State Hospital. After she received her R.N. degree, she worked at Lake City Hospital, Lake City, Minnesota, in the 60's; Lutheran Hospital in La Crosse, Wisconsin, in the 70s; the Air Force Hospital as a civilian in Minot, North Dakota, in the 70s; and Brownsville Medical Center in Brownsville, Texas, in the 80s. She very much enjoyed meeting and working with people from many countries all around the world. Alice retired in 1998 from Valley Baptist Hospital in Harlingen, Texas, and returned to Rochester to be near family. She was involved for many years with various church choirs. Her favorite activities included sewing, quilting, reading, and spending time with her family. Alice is survived by her children: Jeannine (David) Flies of Eyota, Minnesota; Theresa (William) Noben of Lake City, Minnesota; Kim (Preston) Mangan of Cashton, Wisconsin; Kevin (Leticia) Olson of Red Lodge, Montana; and James (Eleonor) Olson of Rochester, Minnesota; 14 grandchildren, many great-grandchildren, and 2 sisters: Janet Koljord of La Crescent, Minnesota; and Nancy (Pete) Danielson of Hayfield, Minnesota. She was preceded in death by her son Justin; grandson Kyle Johnson; son-in-law Steven Johnson; great-grandson Alex Noben, brother James Walter; parents Helen and Ted Jorde; step-father Elmer Walter; and former husband Jerry T. Olson. Due to the COVID-19 pandemic a private funeral service for immediate family will be held at Hoff Funeral Home - Rushford at 1:00 p.m. on Friday, August 14, followed by burial beside Alice's son Justin at Rushford Lutheran Cemetery. The family would like to extend a special thank you to the staff of Cottagewood Senior Communities and Heartland Hospice for their compassionate care of our special family member.