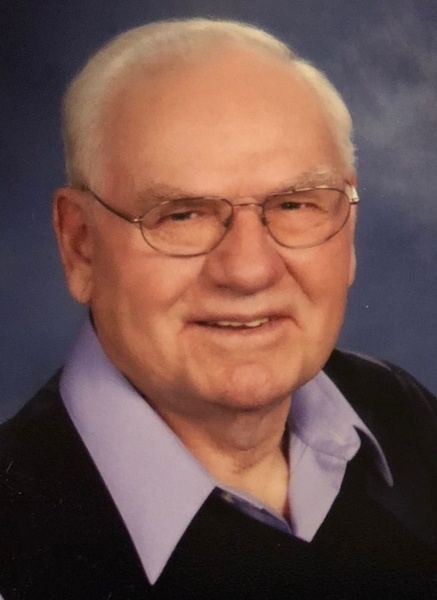 Alan Dean Storm, 84, of Dover, passed away Tuesday, Jan 28, 2020, at Mayo Clinic Hospital - St Mary's, with loving family by his side.
Alan was born on May 9, 1935, to Edward and Ida (Kolmann) Storm in Winona. He graduated from St Charles High School in 1953. In 1956 he married Neva Stevens of St Charles, and they had 5 children and were later divorced. On October 19, 1978, he married Shelda Morris of Rochester at Bethel Lutheran Church in Rochester.
Alan was a farmer, and worked in sales many years, including several years selling exterior home improvement at Quality Windows and Siding. Alan loved to work in his vegetable garden, but his favorite pastime was music. He and his brother Maurice established their own band in the late 50s called Whitewater Melody Men. The band played at clubs and ballrooms all around southern MN, IA, and WI. The band was honored with several awards, including the Minnesota Ballroom Operator's Association "Minnesota Ballroom Country Dance Band of the Year" in 1986. Alan's primary instruments were lead and steel guitar, but could play anything with strings. The band included members made up of his family, his wife, Shelda, and his two step sons, Galen and DeLane, and the name was changed to "Whitewater". When time permitted, Alan and Shelda attended many Steel Guitar shows and jamborees and had a large circle of musician friends.
Alan is survived by his wife of 41 years, Shelda, his children, Randy of Austin, Dale, Rick, and Ron (Sandy) all of St Charles, stepsons Galen (Peggy) Morris of Byron and DeLane (Beth) Morris of Rochester, 10 grandchildren, Jeremy (Erin) Storm, Sara Storm, Tina (Rith) Heang, Vanessa Storm, Tyler Storm, Jessica Storm (mother Marcy), Jolene (Dan) Schouweiler, Shawna Morris, Brady Morris, Cody Morris, 14 great grandchildren, Austin, Lincoln, Jacy, Derrick, Devin, Caleb, D'vonte, Ellie, Xavian, Jalin, Khairus, Celia, Jameson, and Lillian, 4 brothers, Ralph, Maurice, Lawrence and Clarence Storm, and 2 sisters, Betty Schroeder and Lucille Erion.
He was preceded in death by his parents, an infant daughter Cindy, and his siblings.
Funeral service will be held 11 am Saturday, Feb 1 at St Matthew's Lutheran Church in St Charles with the Reverend Samuel Morsching officiating. Friends and family may visit from 5 - 8 pm on Friday, Jan 31, at Hoff Funeral Service in St Charles, and one hour prior to the service at the church. Burial will be in the Grandview Memorial Garden in Rochester following the service. Please share a memory of Alan at his online guestbook and view his video tribute, when it is available at www.hofffuneral.com.
Alan was loved and will be deeply missed by all.