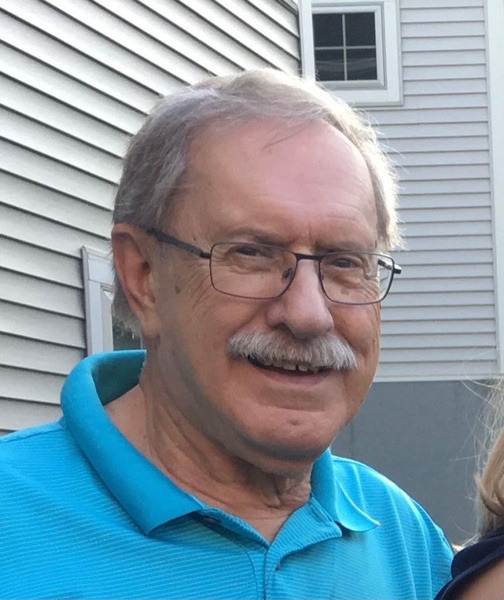 Alan Richard DuCett, 79, of Winona, Minnesota, passed away peacefully in his home surrounded by his family on July 22nd.
He was born to Earle and Ruth DuCett in Rochester, New Hampshire on May 11, 1942. He married Marilyn Urick on his birthday in 1974 and together they raised 2 children, Andy DuCett (Molly Bloom) and Suzie Kewatt (Justin Kewatt).
Alan graduated from Gorham High School in Gorham, Maine in 1960, received a BA from Gordon College in Wenham, MA, and his master's degree from The University of Wisconsin-River Falls.
Alan worked at schools and colleges throughout his career, most recently at MN State College SE Technical in Winona, MN until he retired in 2011. He dedicated his career to helping students reach their potential and made a positive impact on everyone he encountered, evidenced by the many awards and commendations he received from his students and peers.
He had an incredibly strong sense of duty and honor, and proudly served his country for 2 years as a tank crewman and psychiatric social worker in the 45th medical battalion in the 3rd armored division in the Army in Hanau, Germany. He was as curious as he was honorable and traveled extensively through Europe during his 6 years living in Frankfurt after his military service concluded.
Alan had a quiet, comforting presence that brought a sense of calm to anyone he encountered. He was full of compassion, understanding, and made us all want to be better people. He often displayed a twinkle in his eye, appearing when he was about to crack a joke or tell a far-fetched fib. He never liked the spotlight - he was happiest when he stepped back and let others shine, especially his family, whom he loved fiercely. His favorite moments were watching his beloved Red Sox with his cat, Gizmo, curled up on his lap. He had a strong compassion and love for animals, volunteering for many years at the Winona Area Humane Society. Music was an important part of his life, you'd find him cheerfully singing his favorite Gospel songs around the house, or publicly performing with the Winona HIMS.
He was a man who spoke volumes using few words, had an unfailing moral compass and was an incredible husband, father, grandfather, uncle, brother-in-law, and friend to those that knew him. "Everybody loves Al", is something we often heard in our home, and in his final days, we know we all could feel that love from all the folks that had the pleasure to know this humble and kind man.
He is survived by his wife, 2 children, 3 grandchildren, Joey Wiczek, Dylan Wicka, and Lulu DuCett, a sister, Dorothy, his sister-in-law Helen, and many nieces and nephews. He was preceded in death by his infant son, his parents Ruth and Earle, his brother Lee, and brother-in-law Menno.
Services for Alan will be 11:00 a.m., Friday, July 30, 2021, at Hoff Celebration of Life Center, Goodview with Reverend Jeff Franko officiating. He will be interred at Fort Snelling National Veterans Cemetery. A visitation will be from 9:3- - 11 a.m. Friday at the funeral home.
Memorial donations may be made in Alan's name to The Winona Area Humane Society.
Please sign Alan's guestbook and view the memorial video at www.hofffuneral.com when it becomes available.

*To view the livestream of Alan's service, please follow this link: https://view.oneroomstreaming.com/authorise.php?k=1627601578127971